South Korea's status was not mentioned in the latest classification of developed and emerging markets, released on Friday.

The country has to wait until June next year to try again for the MSCI's watch list of developed market status.

Every year in June, the MSCI reclassifies its watch list of emerging markets and advanced markets, based on the countries' economic development; size and liquidity of equity markets; and market accessibility for foreign investors.

In the June review, the MSCI again classified South Korea as an emerging market, citing the South Korean financial market's lack of accessibility for foreign investors.

The MSCI had turned down multiple attempts by Seoul to be classified among the developed countries, citing that the country is not sufficiently accessible for foreign investors.

In a separate assessment released on June 10, the MSCI said Korea's financial market lacks investor information translated in English, restricts short selling and does not have an offshore currency market for the Korean won.

Even if Seoul makes the watch list next year, it will have to wait another 1-2 years to be actually included in the advanced markets with portfolio rebalancing, according to analysts.

The MSCI has classified emerging and developed markets every year since its introduction of the MSCI Emerging Markets Index 1988. 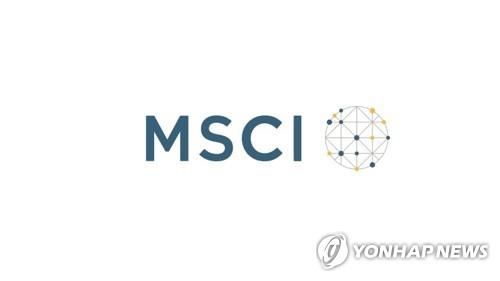