In a Gallup Korea poll of 1,000 adults between Tuesday and Thursday, 47 percent gave a positive assessment of Yoon's handling of state affairs, down 2 percentage points from the last week's survey, while 38 percent answered the opposite which was unchanged from the previous poll.

As reasons for negative assessment, 13 percent cited Yoon's personnel appointments and 11 percent answered that he has not paid enough attention to the economy and people's livelihoods.

On the favorability rating of political parties, Yoon's People Power Party (PPP) received 42 percent of support, down 1 percentage point from the previous poll, while the main opposition Democratic Party registered 28 percent, down 2 percentage points from the earlier survey.

The poll has a margin of plus or minus 3.1 percentage points at a 95 percent confidence level. 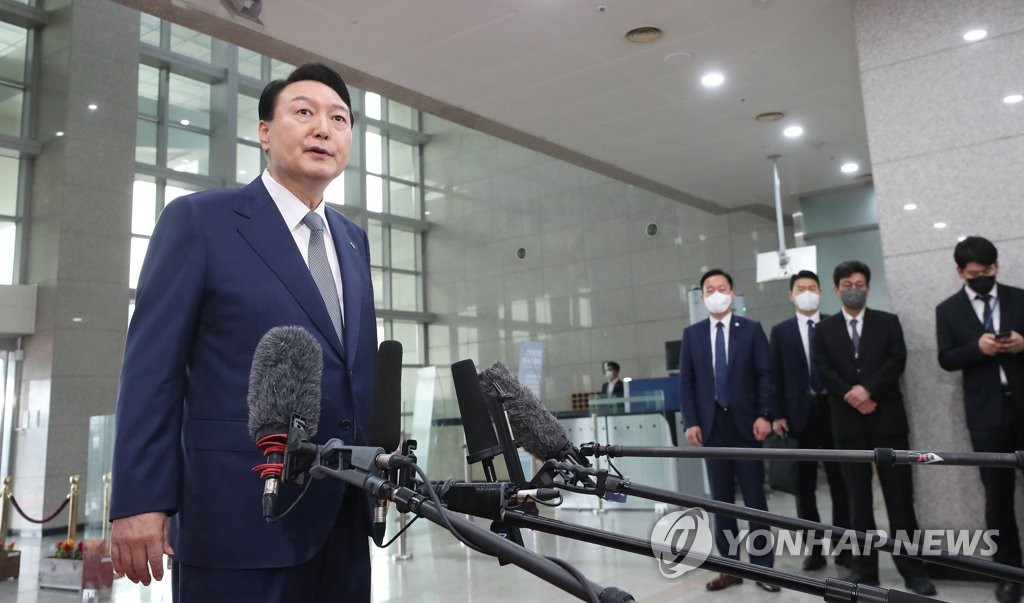