Pyongyang is apparently seeking to exploit the intensifying hegemony competition between the U.S. and China, and feuds over Russia's war in Ukraine, according to Daniel Russel, who served as assistant secretary of state for East Asian and Pacific affairs under the Barack Obama administration.

"Pyongyang understands that there is no chance that Beijing or Moscow would go along with any Western penalties on North Korea even if North Korea conducts a seventh nuclear test or launches an intercontinental ballistic missile," he said, as he joined an annual Seoul peace forum, co-hosted by Yonhap News Agency and the Ministry of Unification, virtually.

He said the North is likely headed for another period of "fire and fury," adding its leader, Kim Jong-un, is now well aware that he can "count on China and Russia to tolerate and protect him more than ever before." 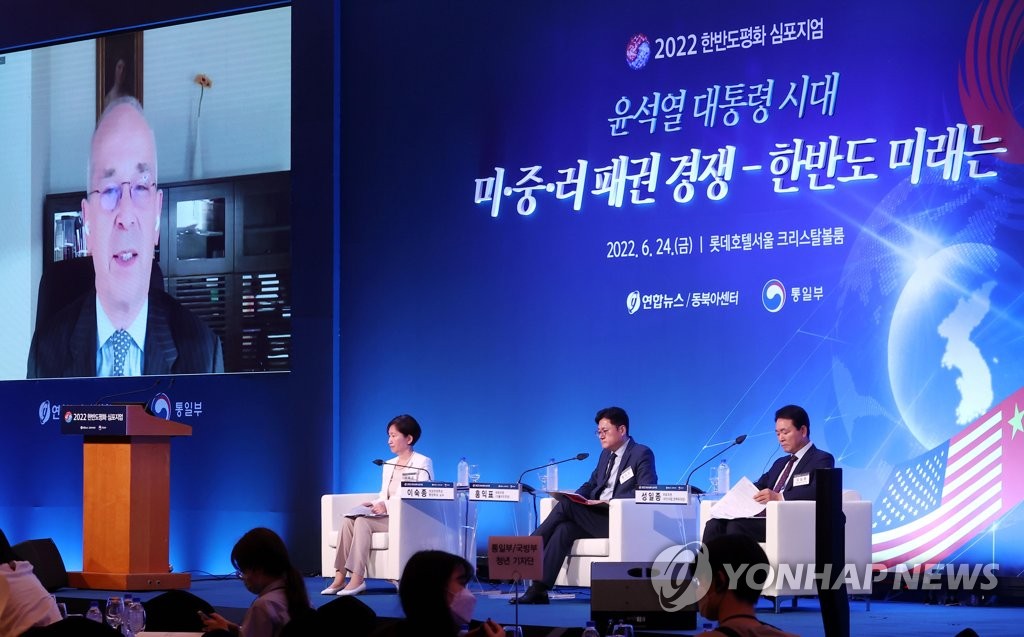 The North is closely watching the international community's response to Russia's invasion of Ukraine, the Moscow-Beijing ties and the Washington-Beijing standoffs, he said.

On South Korea-U.S. relations, Russel said Seoul is "urgently needed as an active partner" in various areas "on and beyond the Korean Peninsula" for the Joe Biden administration's Indo-Pacific strategy, which includes close coordination and collective defense among like-minded allies.

Meanwhile, Korean American Rep. Young Kim (R-CA), who also took part in the symposium via videoconferencing, stressed that the North Korean human rights issue should be handled together with other pending issues, including denuclearization.

She said both South Korea and the U.S. should ratchet up pressure on the North's leader to abide by universal values. 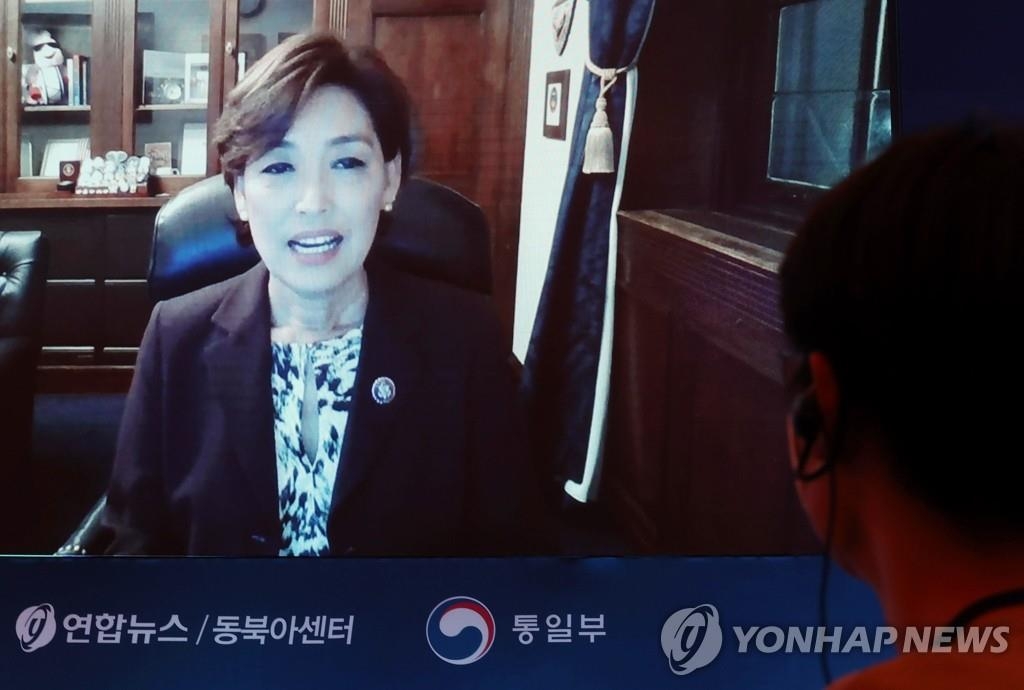