"The entire team at the U.S. Mission to Republic of Korea looks forward to welcoming Ambassador-designate Philip Goldberg to Seoul on July 10th," the embassy said on its Twitter page.

Goldberg will fill the vacancy left by his predecessor, Harry Harris, since January 2021, when U.S. President Joe Biden took office.

The career diplomat previously served as ambassador to Colombia and worked as a coordinator for the implementation of U.N. Security Council resolutions on North Korea from 2009-2010. 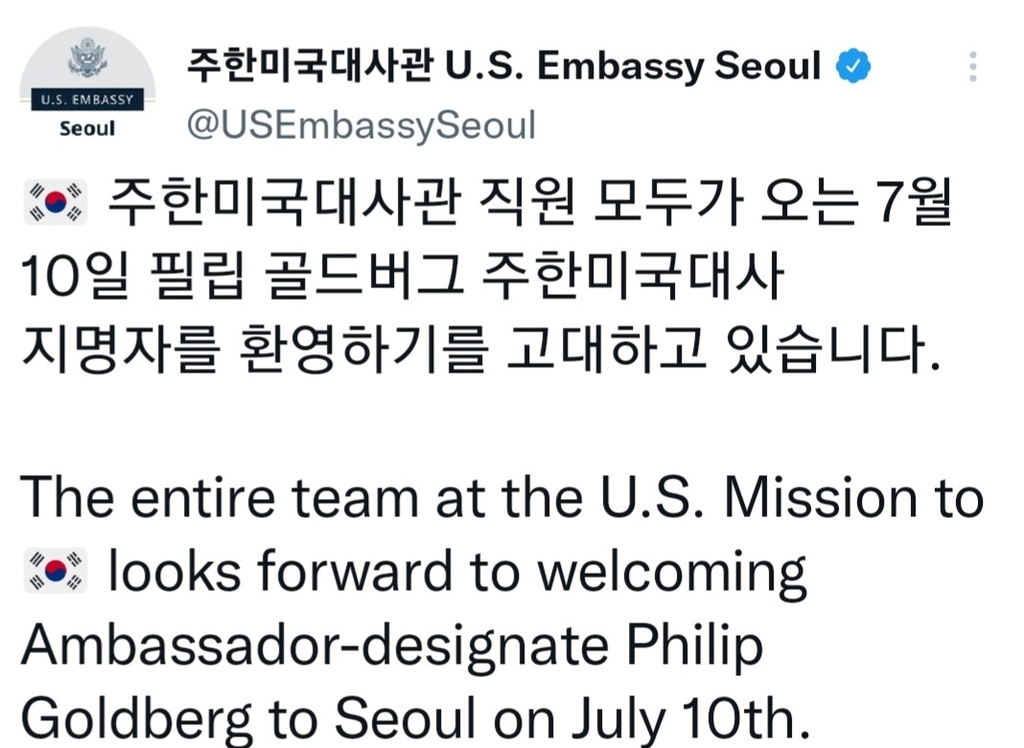 New U.S. ambassador to S. Korea to arrive in Seoul on July 10

New U.S. ambassador to S. Korea to arrive in Seoul on July 10