SEOUL, June 25 (Yonhap) -- South Korean leaders vowed Saturday to reinforce the nation's defense posture against North Korea as the nation observed the 72nd anniversary of the outbreak of the 1950-53 Korean War.

In a Facebook post, President Yoon Suk-yeol pledged to put in all efforts to defend freedom and peace through strength.

"Peace is not something that can be achieved by submission. It can only be kept by force," Yoon said. 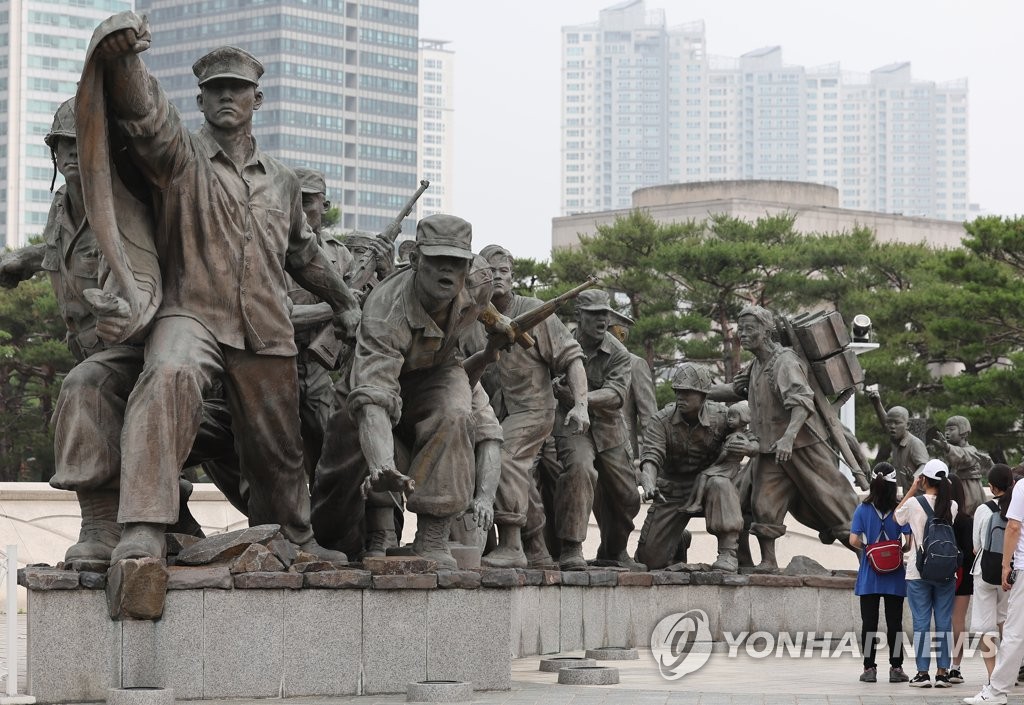 Yoon expressed his respects to South Korean veterans and foreign veterans who fought under the U.N. flag, saying that the "freedom, peace and prosperity that the South enjoys today were built on the foundation of their sacrifice and dedication."

He also pledged to build a robust defense posture based on the country's firm alliance with the U.S. and advanced technologies.

Earlier in the day, Prime Minister Han Duck-soo vowed a stern response to North Korean provocations during his speech at a ceremony marking the anniversary.

He said the North's recent missile launches and nuclear preparations have escalated tensions beyond the Korean Peninsula and are posing a threat to international peace. 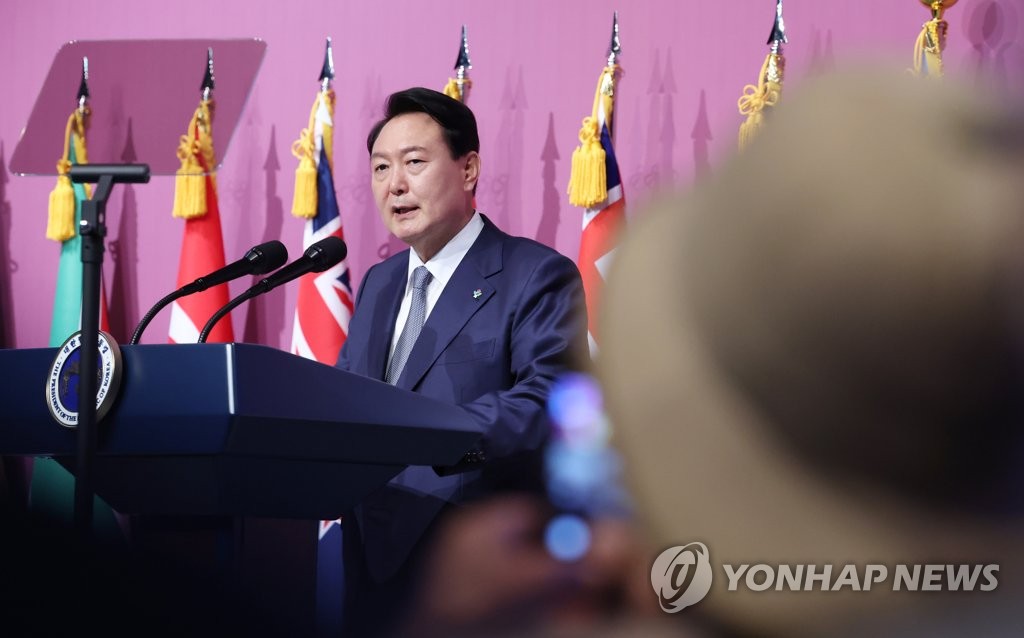 "The government will strengthen its defensive posture based on the firm alliance between South Korea and the U.S., and respond swiftly and sternly using all means necessary," he said.

"The government will never forget peace can be achieved on the basis of strong defense and security," Han said.

South Korea will also seek diplomatic efforts to gain cooperation from the international community to achieve peace on the peninsula, and to provide humanitarian assistance to the North, he added.

Han expressed gratitude to the veterans of the Korean War and pledged to protect the Korean Peninsula in its path toward peace and prosperity just like the veterans fought for the freedom of the country. 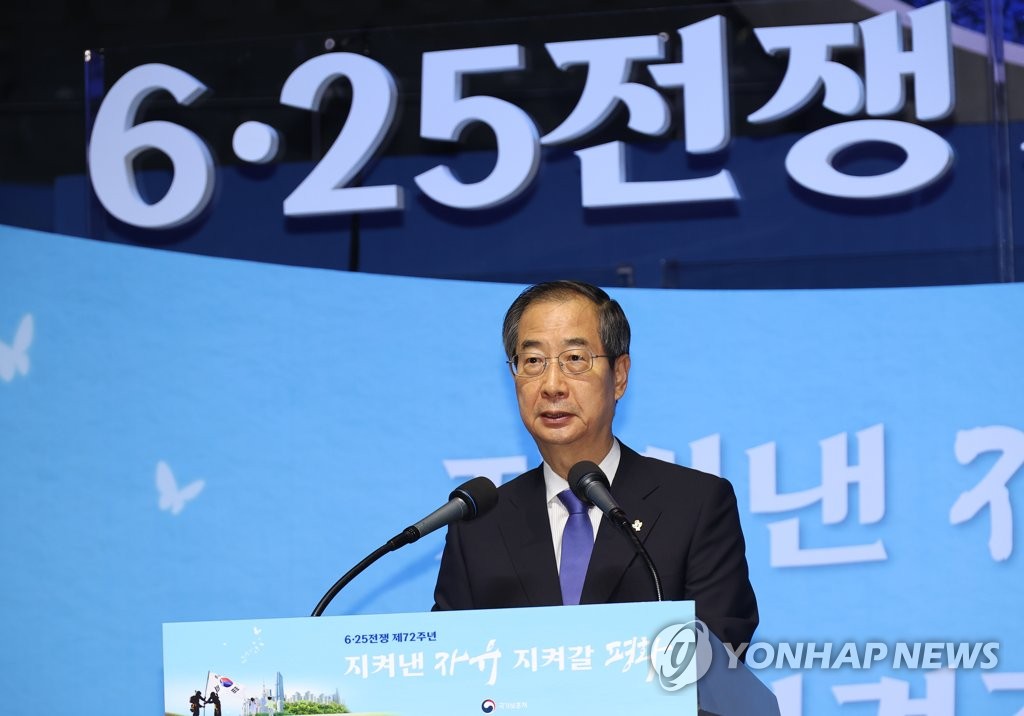 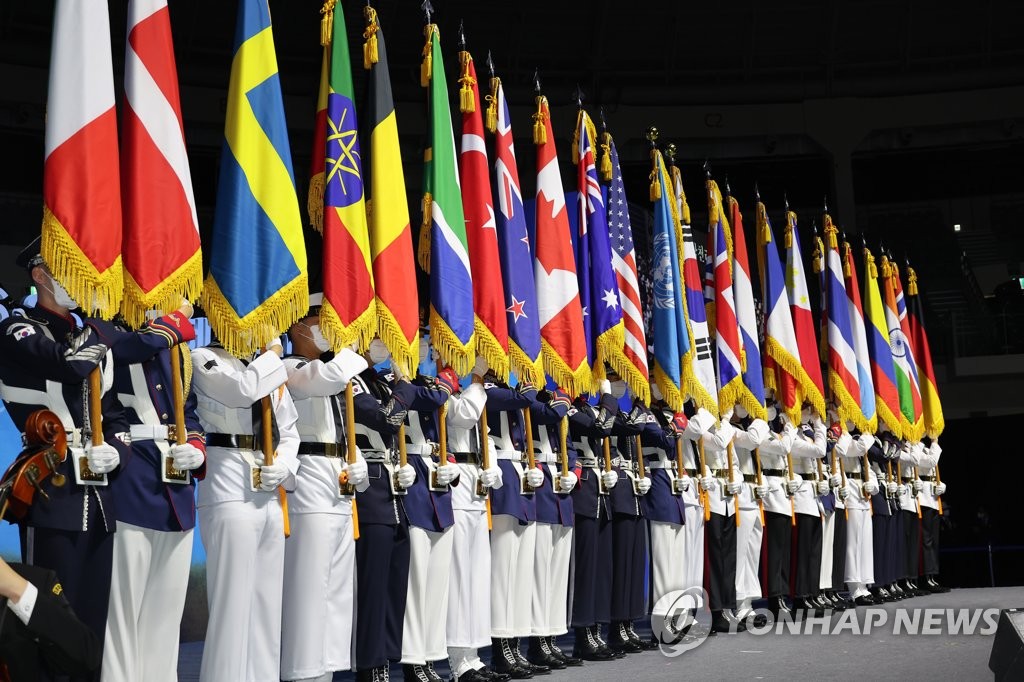