SEOUL, June 26 (Yonhap) -- President Yoon Suk-yeol spent Sunday preparing for his first overseas trip as president on the eve of his departure to Spain for a summit of the North Atlantic Treaty Organization (NATO), officials said.

Yoon plans to attend the NATO summit in Madrid on Wednesday and Thursday (local time), which will mark his debut on the multilateral diplomatic stage since taking office last month.

On the sidelines of the NATO gathering, Yoon could hold a trilateral summit with U.S. President Joe Biden and Japanese Prime Minister Fumio Kishida. 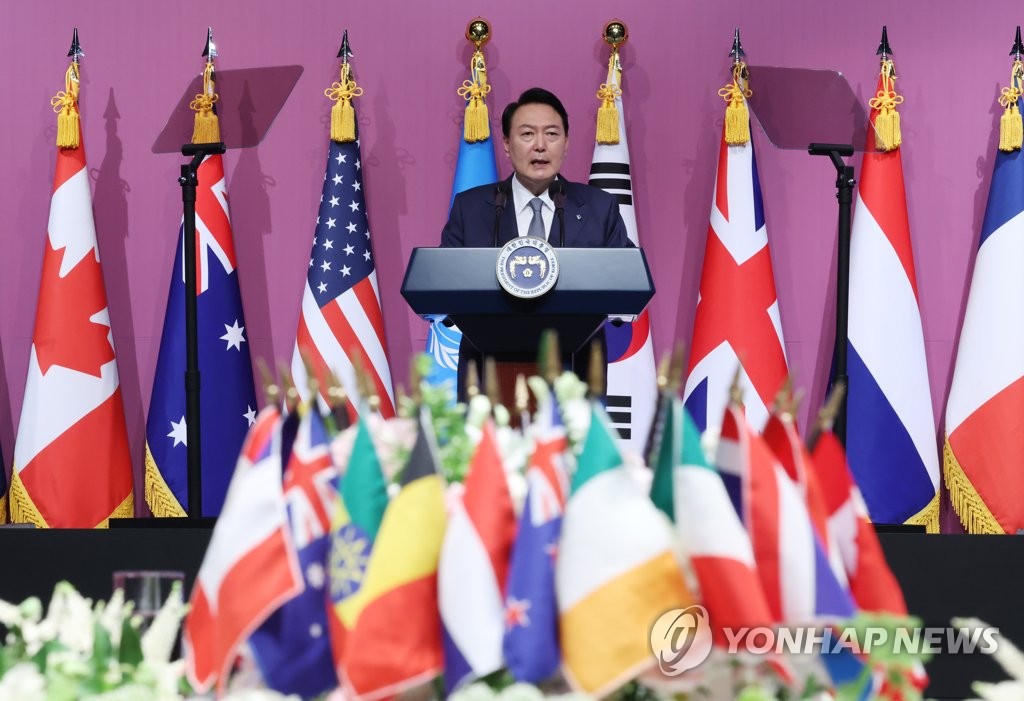