The Realmeter survey of 2,515 voters conducted from Monday to Friday showed 46.6 percent of respondents approved of the way Yoon handled state affairs while 47.7 percent gave a negative assessment of his performance.

It was the second survey that put Yoon's disapproval rating above his approval rating after the first one, conducted by Rnsearch from June 18-21, in which 47.6 percent positively assessed Yoon's performance and 47.9 percent negatively.

Bae Cheol-ho, Realmeter's senior analyst, attributed the increase of negative evaluation of Yoon's performance to the recent controversy surrounding the government's push to strengthen control over police and confusion over the possible revision of 52-hour work week amid the worsening economic situation. 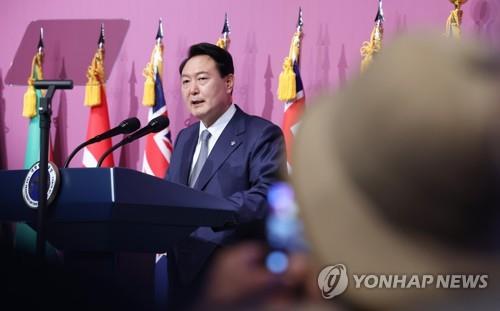