SEOUL, June 27 (Yonhap) -- Former National Security Adviser Suh Hoon said Monday he will cooperate with efforts to establish facts on the case of a fisheries official killed by North Korea in 2020 but insisted there was no wrongdoing by the Moon Jae-in government in handling the killing of the official.

A storm of controversy has stirred up here after the Coast Guard and the defense ministry said they have not found any circumstances backing the probe results from two years ago that the official may have attempted to defect to North Korea at the time of the killing, overturning their own assessment under the Moon government.

Suh, who served as Moon's top security adviser at that time, told Yonhap News Agency, "(I) will do my best to provide necessary cooperation to establish facts."

Suh, who is now in the United States at the invitation of a U.S. think tank, said he has no intention to avoid efforts to establish facts on the matter.

The 47-year-old late official, Lee Dae-jun, was fatally shot by the North's military on Sept. 22, 2020, near the inter-Korean sea border in the Yellow Sea, after going missing the previous day while on duty on board a fishery inspection boat.

Last week, the family of Lee filed complaints against three former secretaries to Moon, including Suh, for obstruction of official duties in connection with the previous government's announcement that Lee may have attempted to defect to the North.

The family suspects there was some guidance from Moon's presidential office regarding the previous government's announcement that Lee appeared to be trying to defect to the North.

Suh, however, emphasized that there was no improper action in the Moon government's handling of the killing of Lee.

"I did my best to take action without going against principles," Suh said, adding that he wants "exact facts to be revealed as they are."

Suh said he could return to South Korea if needed to establish facts on the killing of Lee. 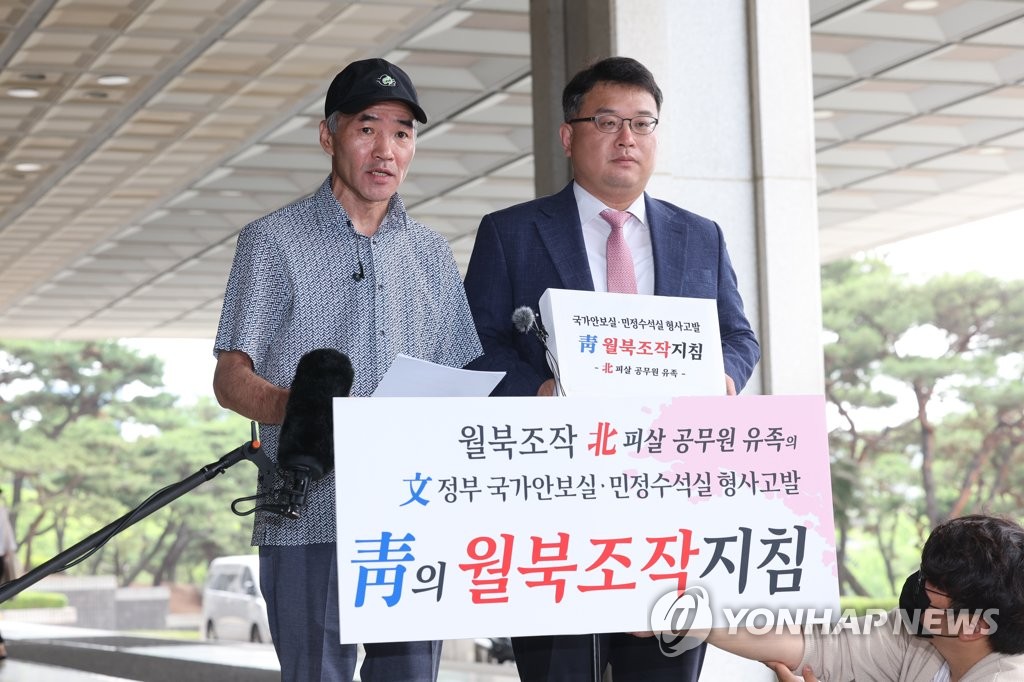