SEOUL, June 27 (Yonhap) -- Seoul shares ended higher for the second straight session Monday, as investors speculate the pace of the Federal Reserve's rate hikes could be slower than expected amid global recession woes. The local currency sharply rose against the U.S. dollar.

The Fed recently raised its policy rate by 0.75 percentage point to tame inflation, which is running at a 40-year high.

"A rebound in the U.S. market last week was an upside factor for the market. And machinery and automotive stocks advanced on the government's plans to revive the nuclear power generation market and robust EV sales in the United States, giving a boost to the index," Noh Dong-kil, an analyst at Shinhan Investment Corp., said by phone.

In Seoul, most large-cap stocks advanced.

It marked the highest daily increase since May 30, when the won rose 17.60 won per the dollar.

Bond prices, which move inversely to yields, closed lower. The yield on three-year Treasurys rose 4.5 basis points to 3.568 percent, and the return on the benchmark five-year government climbed 6 basis points to 3.726 percent. 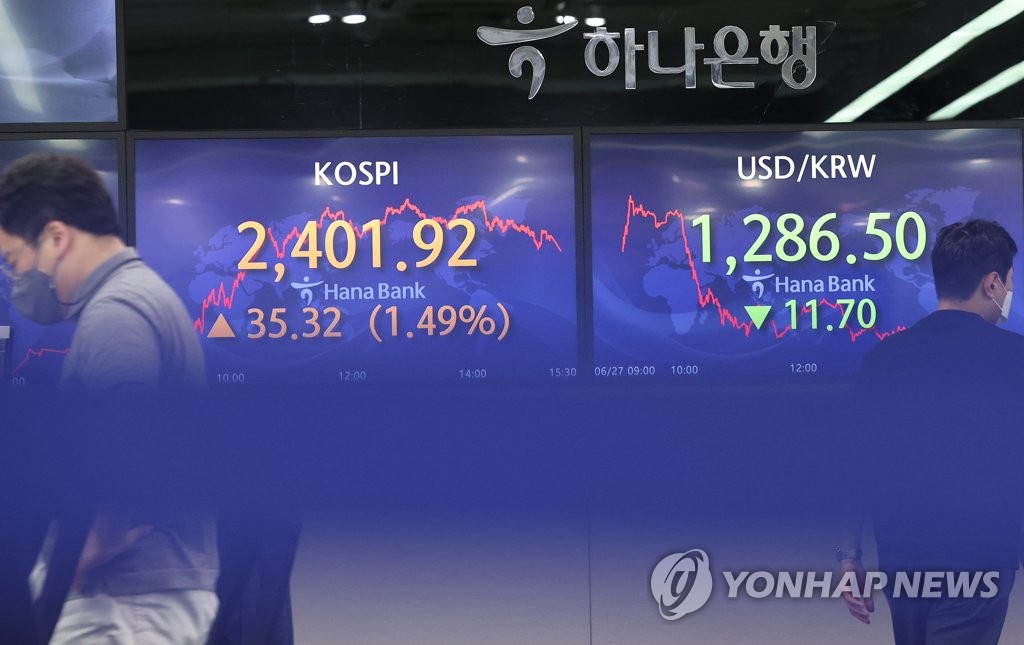 (LEAD) Seoul shares up for 2nd day amid recession woes

(LEAD) Seoul shares up for 2nd day amid recession woes