SEOUL, June 27 (Yonhap) -- South Korea said Monday it will raise electricity rates for the third quarter and natural gas prices for civilian use starting next month amid mounting inflationary pressure due to high global energy costs.

The state-run power firm Korea Electric Power Corp. (KEPCO) said it will raise the adjusted unit fuel cost -- a key part of the country's electricity rates -- by 5 won (US$0.0039) per kilowatt hour for the July-September period.

The industry ministry also announced its plan to raise natural gas prices for households and for commercial use by 1.11 won per megajoule starting in July.

"The hike is inevitable as global oil and natural gas prices have soared and the local currency has weakened sharply. The government tried to keep the increase rate at a minimum level given its impact on inflation," the ministry said in a release.

The move is feared to further accelerate inflation. In May, South Korea's consumer prices jumped 5.4 percent on-year, the fastest rise in almost 14 years and a pickup from a 4.8 percent spike the previous month.

KEPCO said the increase came due to rising global energy prices and its snowballing losses. 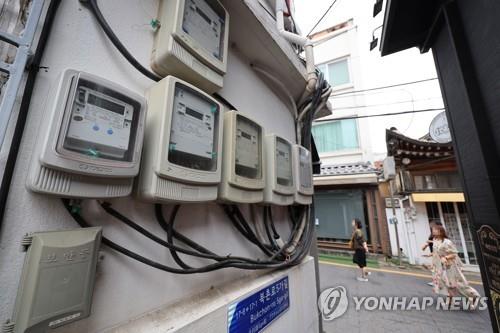 The planned hike of the electricity fee is expected to cost around 1,535 won more for a four-member household on average per month and around 2,220 won is likely to be added to their gas bill, according to the ministry.

The 5-won hike was possible, as the government approved the KEPCO's decision Monday to raise the quarterly increase ceiling to 5 won from the current 3 won.

The utility firm has demanded the government revise the rule on the hike limit, given the recent spike in global energy prices.

According to government data, import prices of Dubai crude oil, South Korea's benchmark, closed at $106.51 per barrel Friday, up from the upper $70 range a year earlier.

The country implements a flexible electricity rate system, under which the billing system is adjusted every three months, depending on global prices of liquefied natural gas, coal and crude oil.

KEPCO froze the unit fuel cost for the first and second quarters of this year, though the electricity rate went up 6.9 won per kWh from April, as the government earlier decided to raise the prices linked to climate change and other costs.

Electricity rates are tallied by adding the basic fuel cost, the climate environment fee and the fuel cost adjustment rate.

As the government has refrained from raising the rate amid inflation and the prolonged COVID-19 pandemic, KEPCO reported a record-high operating loss of 7.78 trillion won in the first quarter of this year due to high global energy costs and the freeze in electricity rates.

It was even more than the company's 5.86 trillion-won losses logged for all of 2021, and some forecast the utility company could face as much as 30 trillion won in losses by year-end.

In the wake of record losses, KEPCO came up with a series of reform measures, including the restructuring of overseas businesses, property sales and other cost-cutting measures.

"KEPCO will seek every possible measure, including selling assets and restructuring, to minimize rate hike factors and to improve our financial structure of more than 6 trillion won," the firm said in a release. 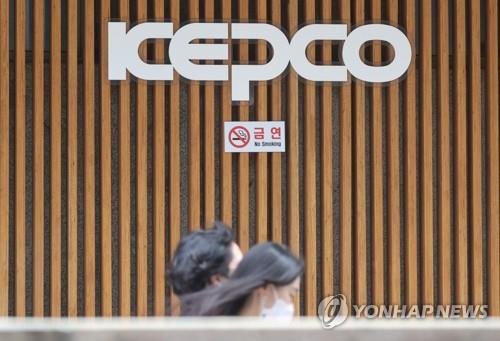