SEOUL, June 27 (Yonhap) -- Actor Chris Hemsworth said Monday that he feels "thankful and honored" to again reprise the role of Thor, a superhero character in the Marvel Cinematic Universe (MCU), in the upcoming "Thor: Love and Thunder" after more than a decade since his debut in 2011's "Thor."

"I feel very thankful and honored to play the character again. It's been an incredible experience," said Hemsworth in an online press conference with Korean media. "I'm very thankful for the opportunity." 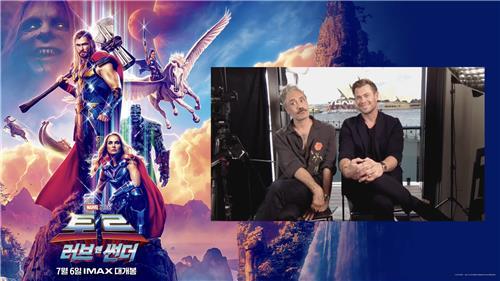 Hemsworth started playing Thor with the 2011 film of the same name and subsequently appeared in other MCU superhero film as the character based on the Norse mythological god, including "Thor: The Dark World" (2013), "Thor: Ragnarok" (2017) and "Avengers: Endgame" (2019).

Thor is depicted as one of the mightiest gods in the universe, using a powerful hammer called Mjolnir.

"Thor: Love and Thunder" starts with Thor going on a quest for inner peace. But he gets involved in combat against Gorr the Butcher (Christian Bale), a galactic killer who seeks the extinction of the gods.

"Through each film and each time I played the character, Thor has been trying to figure out who he is, what his place in the world is and what his responsibility is," he said. "He realizes that he is in servitude of others, and his duty in life is to help others." 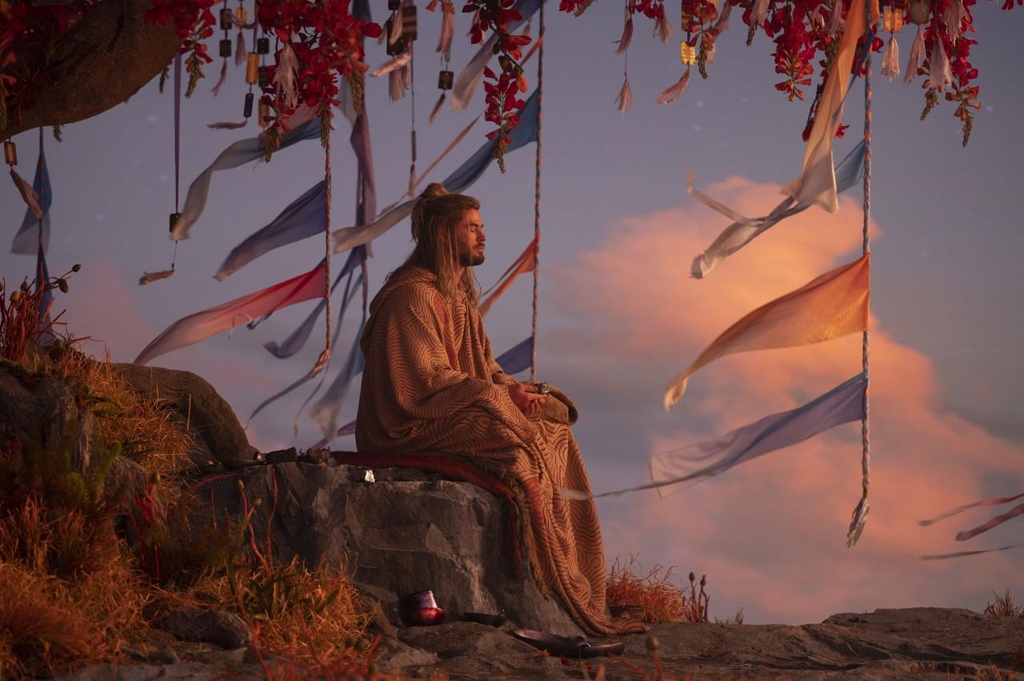 Director-writer Taika Waititi, who also took the helm of the 2017 installment "Thor: Ragnarok," said he tried to focus on depicting Thor's mid-life crisis from the beginning of the movie in a bid to give a fresh twist to the 2022 project.

"(In 'Thor: Love and Thunder') he didn't know what he wants to do in his life and purpose and didn't know really where he was going. He was lost," said the New Zealand filmmaker, who also stars in the 2022 project as Korg.

"We see this in the beginning of the film. He's sitting under a tree, trying to meditate, trying to find out himself. But it isn't working," he said.

The director expressed gratitude for support and love from Korean moviegoers, well known for their craze for Marvel films.

"It's for you that we make films. With your support, we will keep making more," said Waititi, adding "Thank you" in Korean.

"Thor: Love and Thunder" will hit Korean screens on July 6. Keywords
#Chris Hemsworth #Thor: Love and Thunder
Issue Keywords
Most Liked
Most Saved
Most Viewed All Categories
Most Viewed More
Most Viewed Photos