On Monday, the 19-year-old came home with a shiny silver medal around his neck.

Hwang received a hero's welcome after returning from the FINA World Championships in Budapest, where he captured silver in the men's 200m freestyle a week ago. 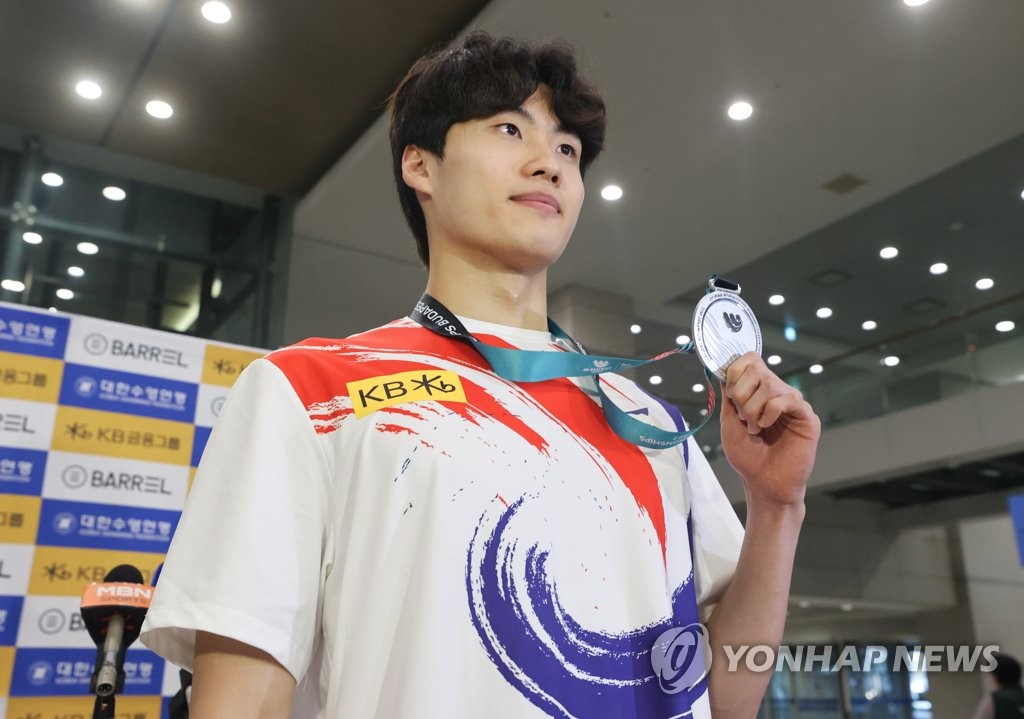 He became only the second South Korean swimmer, after Park Tae-hwan, to win a medal at the world championships. Hwang won his medal in a new national record time of 1:44.47, improving on his own record of 1:44.62 set at last year's Tokyo Olympics. 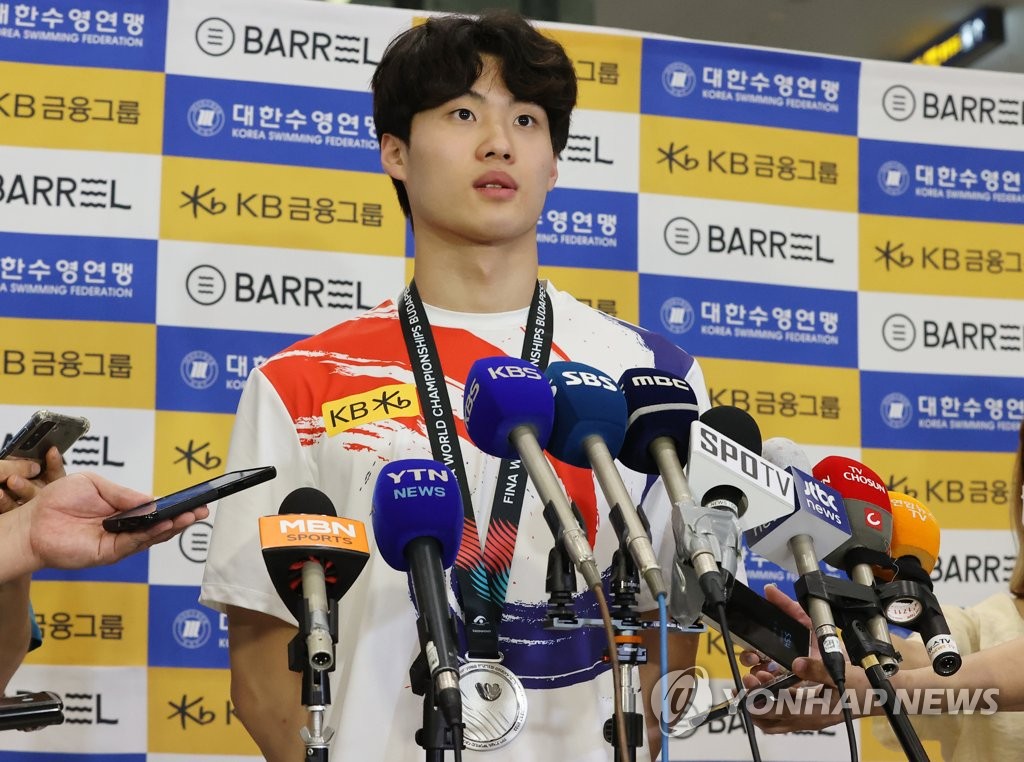 "My objective was to reach the podium and improve on my personal best," Hwang told reporters gathered at Incheon International Airport in Incheon, just west of Seoul. Having checked both boxes, Hwang added, "This was an extremely gratifying and meaningful competition. I'd like to give myself 100 points for the job well done."

Hwang first turned heads at the Tokyo Olympics last summer, reaching the final in the 100m and 200m freestyle, and smashed national and Asian records along the way.

Then last December, Hwang won the 200m freestyle title at the short course world championships, held over the 25m pool. 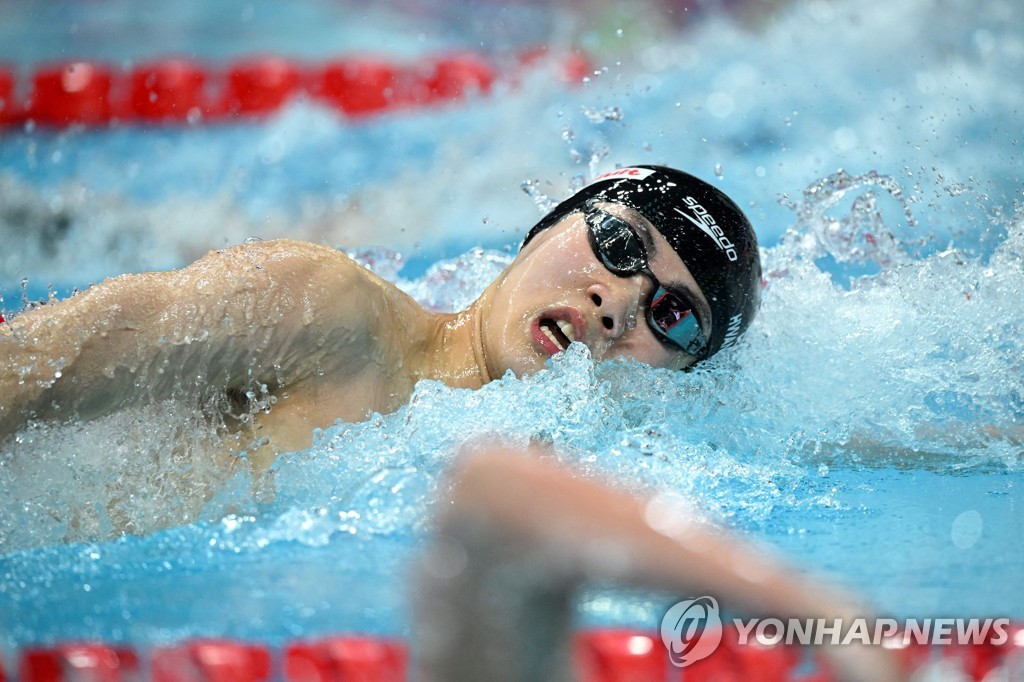 In the 200m freestyle final in Tokyo, Hwang led after 150m but lost so much steam that he ended up in seventh place.

In Budapest, Hwang hung back in the middle of the pack before kicking into a new gear and finishing in second place.

"At the Tokyo Olympics, I overpaced myself, because I was so inexperienced," Hwang said. "This time, I managed my race really well and earned such a valuable silver medal. I will try to change the color of the medal (to gold) the next time." 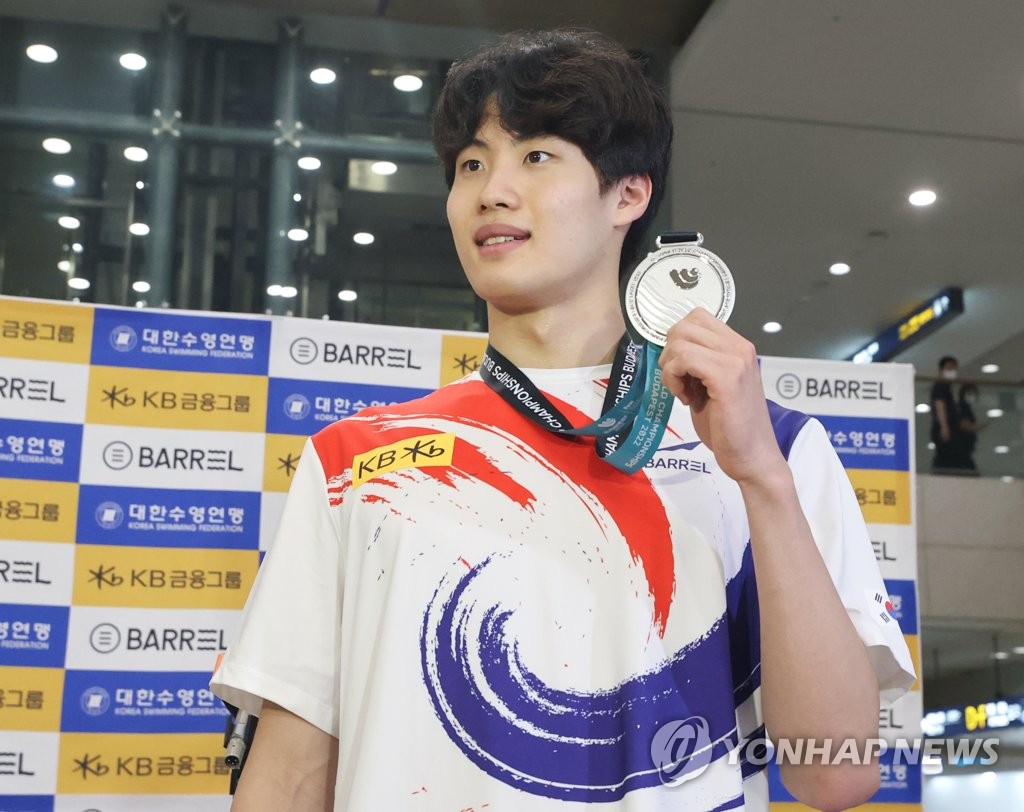 The silver medal in the 50m pool at the worlds this time represents another major step forward for an athlete who is still developing. He has spoken about his desire to win a medal at the 2024 Summer Olympics in Paris, and with this world championship medal in the bag, an Olympic podium may not be a pipe dream for Hwang.

Standing between the top of the podium and Hwang may be another teen phenom, David Popovici of Romania. The 18-year-old swept up the 100m and 200m freestyle gold medals, becoming only the second man to pull off that double since Jim Montgomery of the United States in 1973. In the 200m final, Popovici beat Hwang by 1.26 seconds, a significant margin in that race.

Asked about his budding rivalry with Popovici, Hwang shook his head and said, "He's just too fast."

"It just makes me more determined and driven to see so many great swimmers around my age," Hwang said. "Popovici was tremendous in both (100m and 200m freestyle) races, and I want to be able to post great times, too." 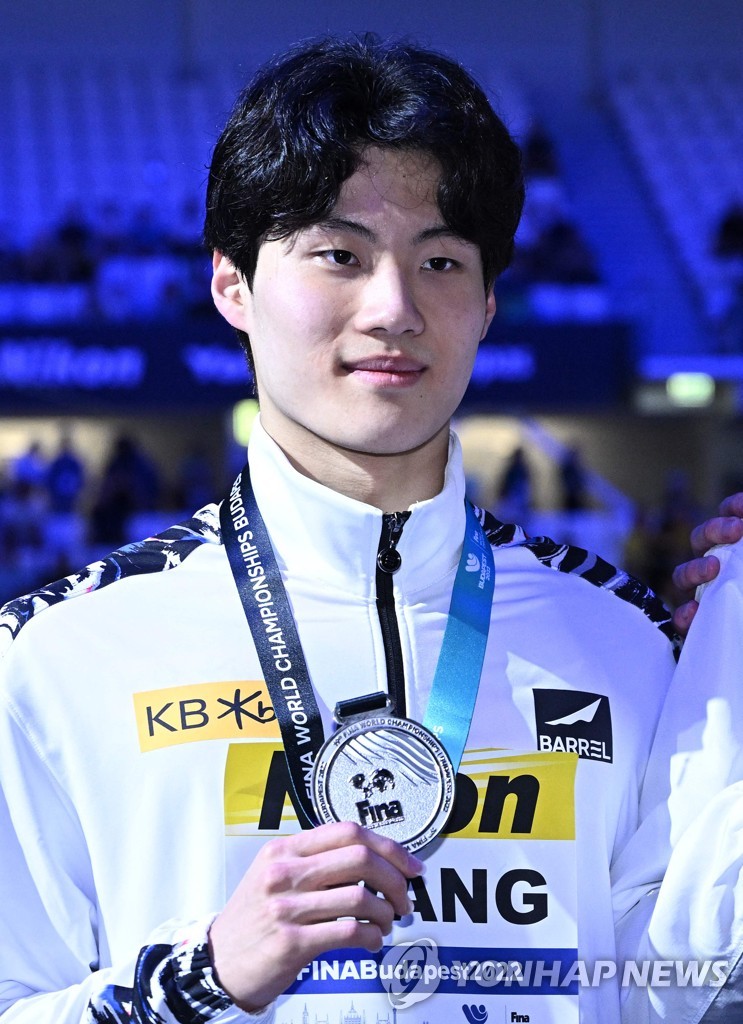