Lee was recently admitted to Seoul National University Hospital in the capital, as he has been suffering from diabetes and other illnesses. In January and February, he was also hospitalized for medical checkups on diabetes.

His hospitalization came as he applied for a stay of execution earlier this month, citing his deteriorating health. The regional prosecution office in Suwon, south of Seoul, plans to deliberate on his application Tuesday afternoon.

In 2020, the Supreme Court sentenced the former conservative president to 17 years behind bars on charges of embezzlement and bribery. 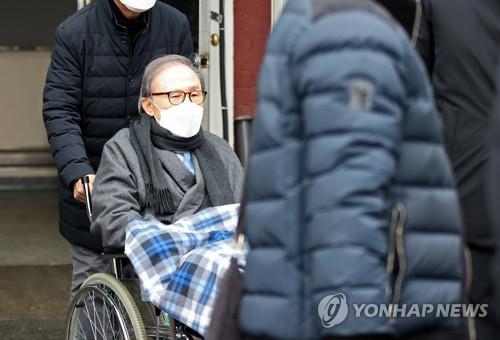