SEOUL, June 28 (Yonhap) -- North Korean leader Kim Jong-un had discussions with his top ruling Workers' Party aides on restructuring its chief policymaking body and strengthening control in public security and law-enforcement sectors, a move seen as part of efforts to tighten his grip on power amid the coronavirus fight and prolonged standoffs with South Korea and the United States.

According to state media Tuesday, Kim presided over an enlarged meeting of the Secretariat of the Central Committee of the ruling Workers' Party (WPK) in Pyongyang the previous day.

He talked about issues related to "improving and readjusting the work system of party guiding organs at all levels and strengthening their political activities," as well as the reorganization of "some departments" of the Central Committee, the official Korean Central News Agency (KCNA) said.

As of February, the Central Committee of the WPK consisted of 22 specialized departments that exercise powerful control across North Korean society, the South's unification ministry noted. 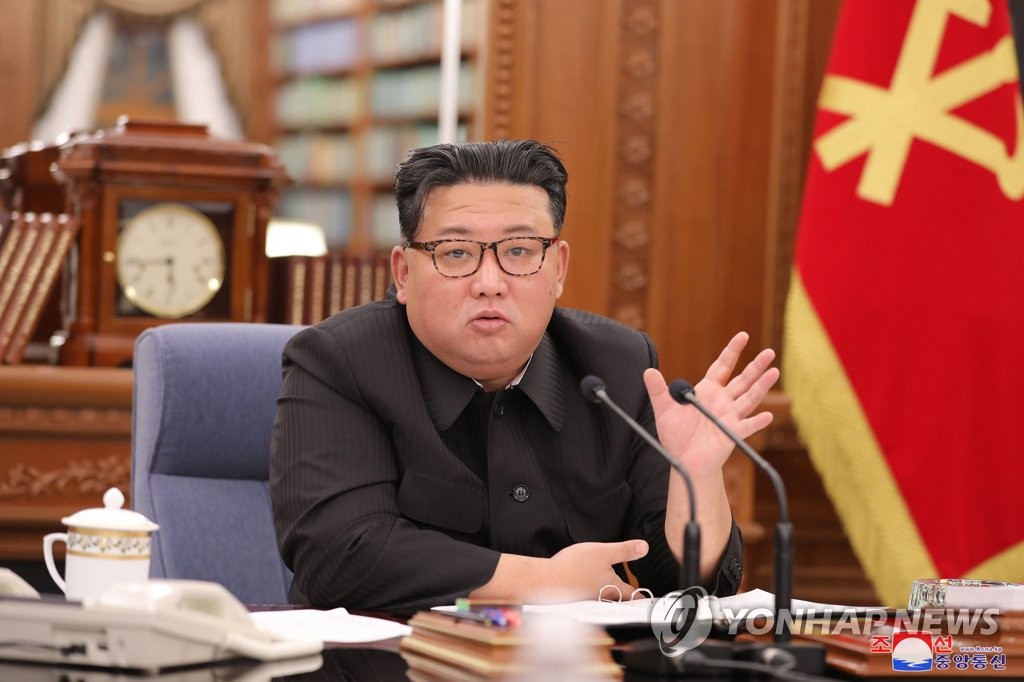 Among other issues addressed at the meeting were dealing with confidential documents, strengthening "guidance" on state and public security, judiciary and prosecution fields and organizing the necessary work within this year.

Kim also made an "important conclusion" on the roles and immediate tasks of the departments, the KNCA said. It stopped short of providing more details.

Monday's session came just two weeks after Kim urged officials to root out bureaucratism and other unsound acts as he convened a meeting of the secretariat amid efforts to tighten internal discipline.

Observers say the North could have discussed a major shakeup of the party's organizational structure at this week's session to address the shortcomings revealed in its pandemic response.

During a politburo meeting last month, Kim criticized party officials for failing to respond properly to the COVID-19 outbreak in its early stages.

The North also could have established a new department in the ruling party to help leader Kim tighten his grip on power, according to some observers.

An official at the unification ministry also said the North appears to be strengthening control over the party to "drum up internal unity."

Top officials attended the meeting, including Pak Jong-chon, vice chairman of the Central Military Commission of the WPK, and Jo Yong-won, secretary for organizational affairs of the WPK's Central Committee.

In January last year, the North revised the ruling party's rules to reinstate the secretariat that was scrapped in 2016 and elected leader Kim as "general secretary" of the party. 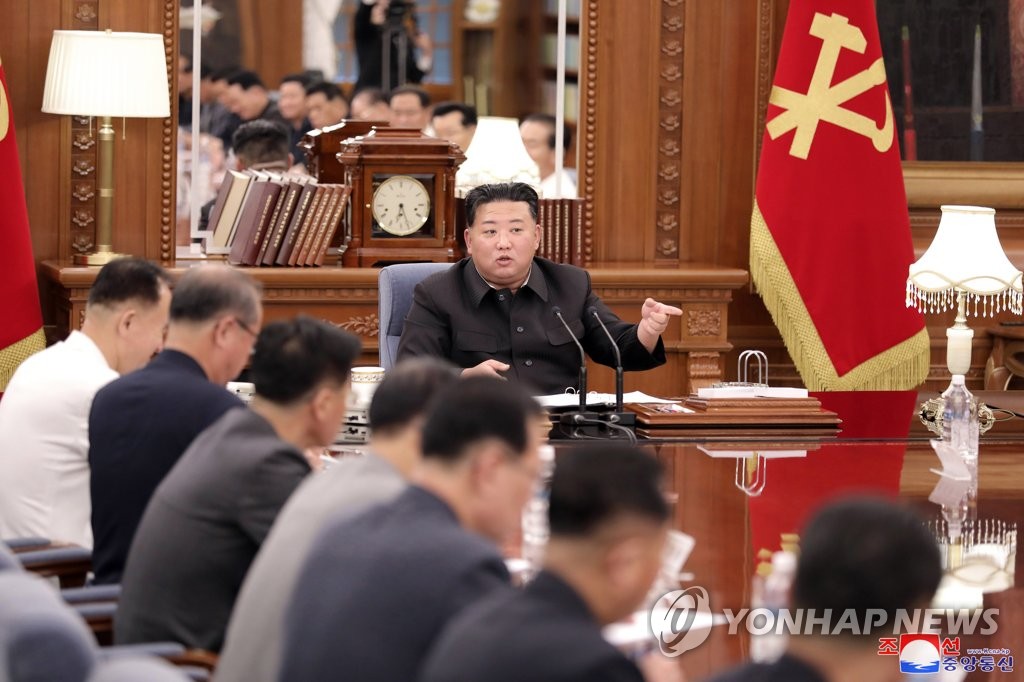