MADRID, June 27 (Yonhap) -- President Yoon Suk-yeol arrived in Spain on Monday to attend a NATO summit and meet with world leaders to discuss security and economic ties on his first overseas trip as president.

South Korea is not a member of the North Atlantic Treaty Organization (NATO) but was invited along with Japan, Australia and New Zealand as the organization's Asia-Pacific partners. Yoon will be the first South Korean president to attend a NATO summit.

On the sidelines, Yoon plans to hold a trilateral summit Wednesday with U.S. President Joe Biden and Japanese Prime Minister Fumio Kishida, the first such gathering in nearly five years since their last meeting was held in September 2017. 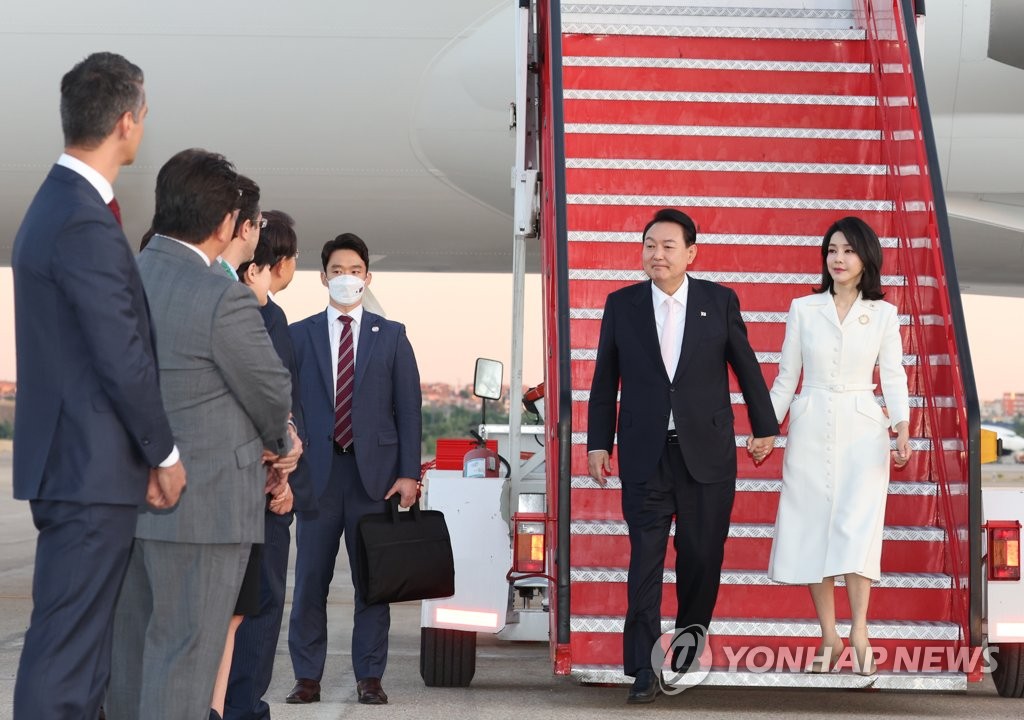 Yoon is also scheduled to hold a series of bilateral summits, starting with the Australian prime minister and the NATO secretary-general on Tuesday. A planned meeting with the Finnish president was canceled due to a scheduling conflict.

On Wednesday, he is scheduled to meet separately with the leaders of the Netherlands, Poland and Denmark, as well as with King Felipe VI of Spain, before holding additional summits with his counterparts from the Czech Republic and Britain on Thursday.

In his speech to NATO members and partner nations on Wednesday, Yoon will talk about the history of cooperation between South Korea and NATO since the two sides established a partnership in 2006, and call for NATO's interest and cooperation with regard to North Korea's nuclear issue, among other issues, presidential officials said.

Together, they plan to attend a gala dinner hosted by King Felipe VI and Queen Letizia on Tuesday and have dinner with South Korean residents in Spain on Wednesday.

Kim will also take part in an official program for the spouses of leaders attending the NATO summit.

During the flight to Madrid, Yoon exchanged greetings with the traveling press corps on the presidential jet. First lady Kim later joined him.

The president will return to Seoul on Friday. 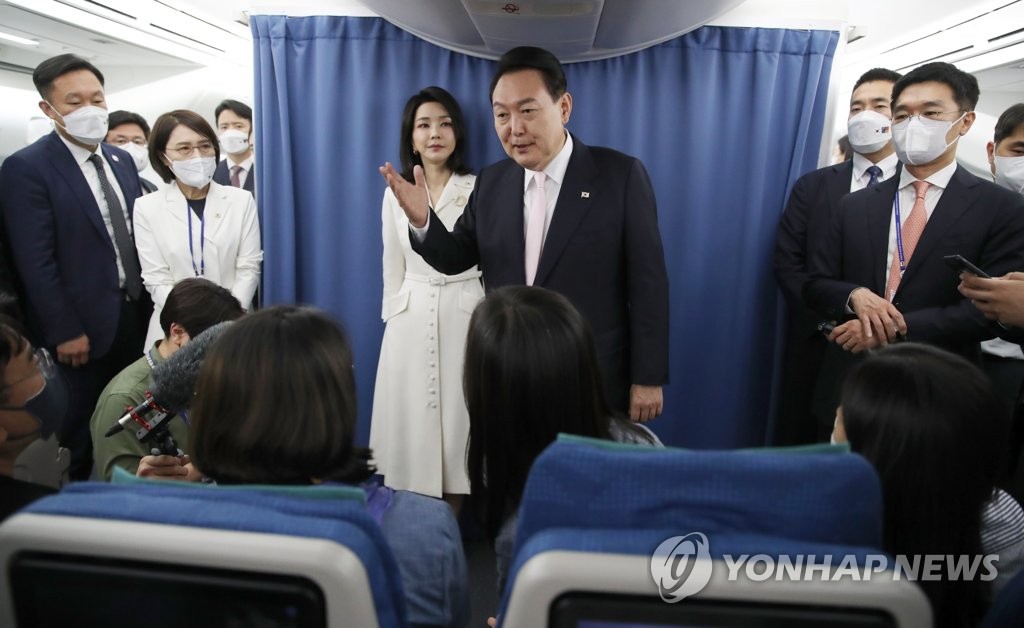