The country added 9,896 new COVID-19 infections, including 119 from overseas, bringing the total caseload to 18,339,319, the Korea Disease Control and Prevention Agency (KDCA) said.

While the pandemic curve is generally trending downward, Tuesday's tally is up 593 cases from a week ago and 125 from two weeks ago, a possible indication that the pace of decline is slowing.

The KDCA reported five more deaths from COVID-19, raising the death toll to 24,530. The fatality rate stood at 0.13 percent.

The number of critically ill patients came to 62, down by six from a day ago.

As of 9 p.m. Tuesday, the country had reported 9,845 new infections, up 546 from the same time the previous day. Daily infection cases are counted until midnight and announced the following morning.

Of the 9,777 locally transmitted cases, Seoul accounted for 2,467 cases, with the surrounding Gyeonggi Province reporting 2,571 cases. There were 451 infections in Incheon, 40 kilometers west of Seoul. The three areas accounted for 56 percent of the total infection cases.

In April, the government removed most social distancing restrictions, except the indoor mask requirement, as new infections continued to fall.

Still, the government extended the self-isolation mandate for COVID-19 patients until July 17 over concerns that eased rules could prompt another virus resurgence. 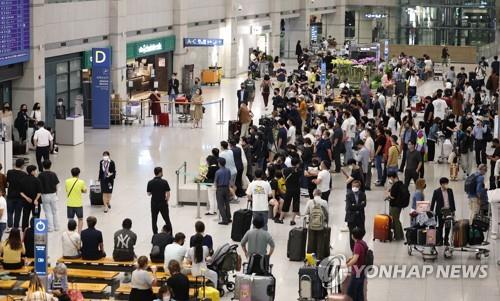 Health authorities warned an uptick could occur for the time being due to waning vaccine effectiveness.

"The downward trend of the COVID-19 wave seems to have reached its limit and infection cases could rise again," Im Sook-young, an official from the KDCA, said during a daily briefing Tuesday.

"Since the wave peaked in March, infection cases have declined, but the declining rate has recently slowed," she said, adding that both natural immunity from infection and vaccine-induced protection are expected to wane.

Adding to concern is that the reproduction rate has risen at a steady clip to 0.91 this week from 0.74 for the first week of June.

Import cases also have been growing after South Korea relaxed entry rules for overseas travelers. The average number of import cases stood at 38 for the first week, but it has risen to 92 in the fourth week.

The KDCA still rated the overall risk of the pandemic at the second lowest level of "Low" nationwide, citing low deaths and hospitalization numbers. 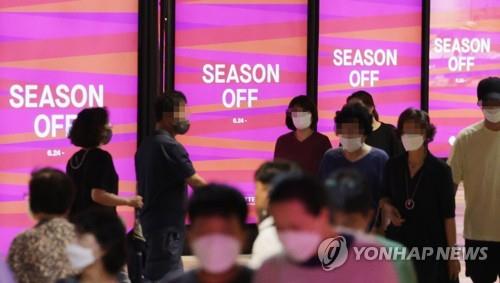