SEOUL, June 28 (Yonhap) -- An independent counsel investigation team raided the Air Force's headquarters and combat units Tuesday as part of its investigation into the suicide of a servicewoman following alleged sexual abuse by a colleague.

Investigators from the special probe team searched the Air Force headquarters in the central city of Gyeryong, as well as the 20th Fighter Wing and the 15th Special Missions Wing for materials related to the investigation, officials said.

The independent counsel team went into operation early this month to look into the case.

Lee Ye-ram, the then 23-year-old female master sergeant affiliated with the 20th Fighter Wing, killed herself in late May 2021 after claiming she was sexually abused by a male colleague of the same rank

Lee's family claimed she was also coerced and pressured by other male colleagues not to report the case to authorities. The family also accused the military police chief of her unit and other investigators for a shoddy investigation after the case was reported.

As the case drew intense public fury, the National Assembly in April unanimously passed a bill mandating an independent special counsel probe into the case, including whether any defense ministry and Air Force officials attempted to cover it up.

The court said Jang cannot be solely responsible for Lee's death, stressing the victim had not been given adequate protection from within the military. 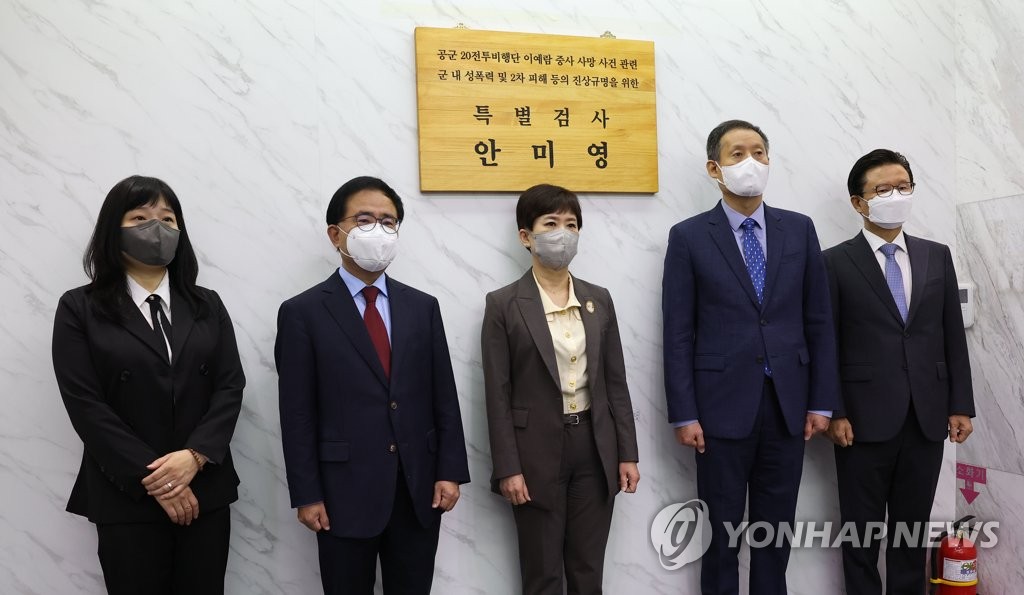