SEOUL, June 28 (Yonhap) -- The ruling People Power Party (PPP) on Tuesday called for bipartisan cooperation on developing the country's semiconductor industry as it launched a special panel on chips.

Led by Rep. Yang Hyang-ja, a Samsung Electronics executive-turned-lawmaker, the PPP special committee will discuss plans to boost competitiveness of the semiconductor industry in line with President Yoon Suk-yeol's drive to foster the high tech industry.

"The keyword of the special committee on semiconductors is 'transcendence,'" Yang said. "We will become a new model of cooperative governance between the ruling and opposition parties that transcend politics and ideology."

Yang taking the PPP committee chairmanship already drew attention as she is considered an opposition figure though she left the Democratic Party and became an independent last year.

The PPP said it plans to expand the committee to a parliamentary panel in the future after including members of the DP.

"The semiconductor industry is our best growth engine, and there are no ruling and opposition parties in this issue," PPP floor leader Kweon Seong-dong said. "We really need to join forces to ease regulations."

The PPP committee will first focus on policies related with deregulation, tax deductions and nurturing talent for the semiconductor industry, according to Yang. 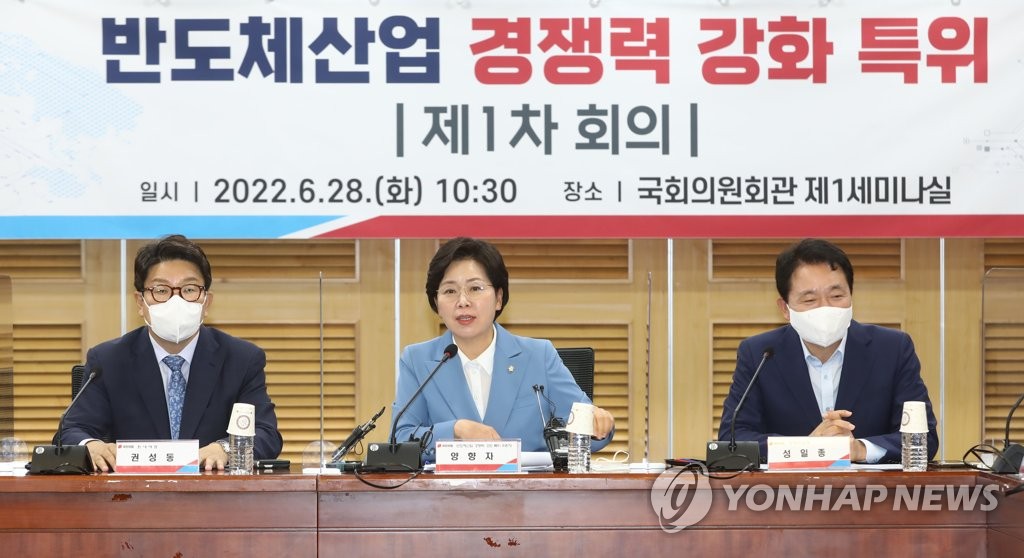