MADRID, June 28 (Yonhap) -- President Yoon Suk-yeol will meet with the secretary-general of NATO on Tuesday and promise to enter into a new cooperation program between South Korea and the military alliance in the latter half of the year, an official said.

Yoon arrived in Madrid, Spain, the previous day on his first overseas trip as president. He is scheduled to attend a NATO summit Wednesday, and also hold a series of bilateral and multilateral summits on the sidelines.

In a meeting with NATO Secretary-General Jens Stoltenberg on Tuesday, Yoon will pledge US$100 million in humanitarian assistance for Ukraine and outline South Korea's plan to establish a mission to NATO in Brussels, Belgium, where the organization is headquartered, according to the presidential official. 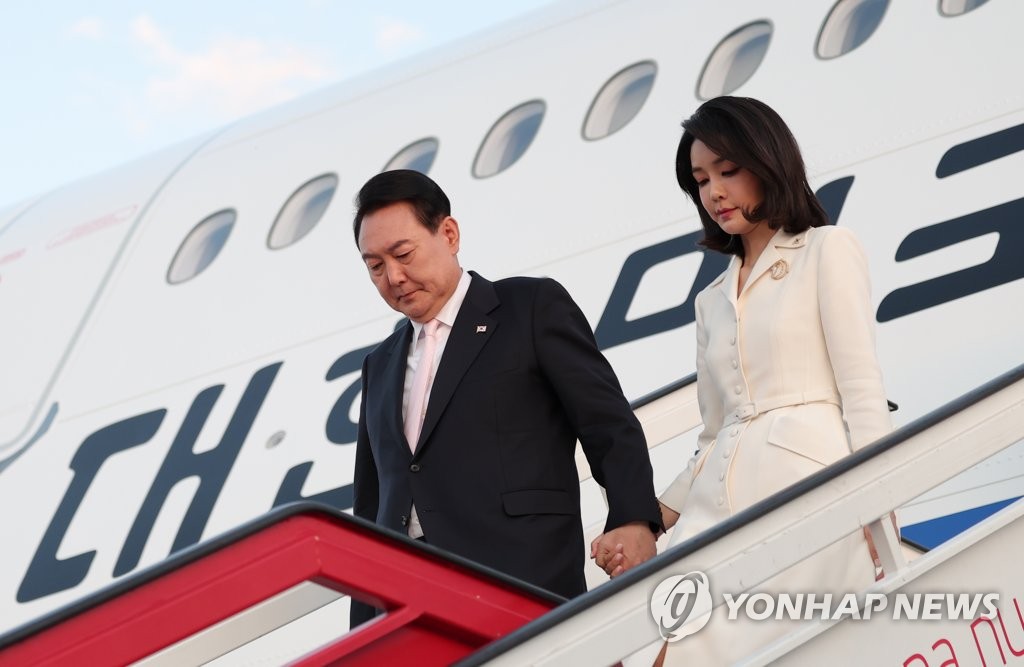 "He will also promise to sign a new cooperation program between South Korea and NATO in the second half of this year," the official told reporters

Under the deal, the two sides will seek to establish a "new strategic cooperative partnership" beyond the military and security field at a time when the world faces multilayered security threats and intense economic security competition, according to the official.

South Korea and NATO first entered into a partnership in 2006, and developed it further through individual agreements and revisions in 2012, 2017 and 2019.

South Korea is not a member of the North Atlantic Treaty Organization (NATO) but was invited to the summit along with Japan, Australia and New Zealand as the organization's Asia-Pacific partners. Yoon will be the first South Korean president to attend a NATO summit.

The new NATO mission in Brussels is expected to help strengthen information-sharing between the sides, allow South Korean defense firms to participate in bids for NATO defense deals and promote cooperation in dealing with emerging security threats.

The question of China's threat to security is unlikely to be directly addressed during Yoon's meeting with Stoltenberg.

The official acknowledged, however, South Korea and Europe share a "strategic" understanding of the need to protect the values and security of the Indo-Pacific region and Europe from China's "growing influence" in the security and economic realms.

Yoon also plans to hold a bilateral summit with Australian Prime Minister Anthony Albanese on Tuesday and discuss ways to develop the comprehensive strategic partnership between the two countries, which this year marks 61 years since establishing diplomatic ties.

"Both South Korea and Australia are in the process of drawing up their Indo-Pacific policies in order to jointly contribute to peace and prosperity in the Asia-Pacific," the official said.

"(The leaders) are expected to discuss how South Korea and Australia plan to set their relationships with China, how they can build a future-oriented cooperative partnership based on each other's interests with China and other countries in the region, while avoiding a hostile relationship," the official added.

North Korea will feature during the talks, with both sides promising to respond firmly to North Korea's provocations.

Yoon will also ask Australia to support South Korea's bid to host the 2030 World Expo in its southern city of Busan.

Newly added to Yoon's schedule is a summit with French President Emmanuel Macron on Wednesday. A four-way summit with the leaders of Japan, Australia and New Zealand is also still under consideration. 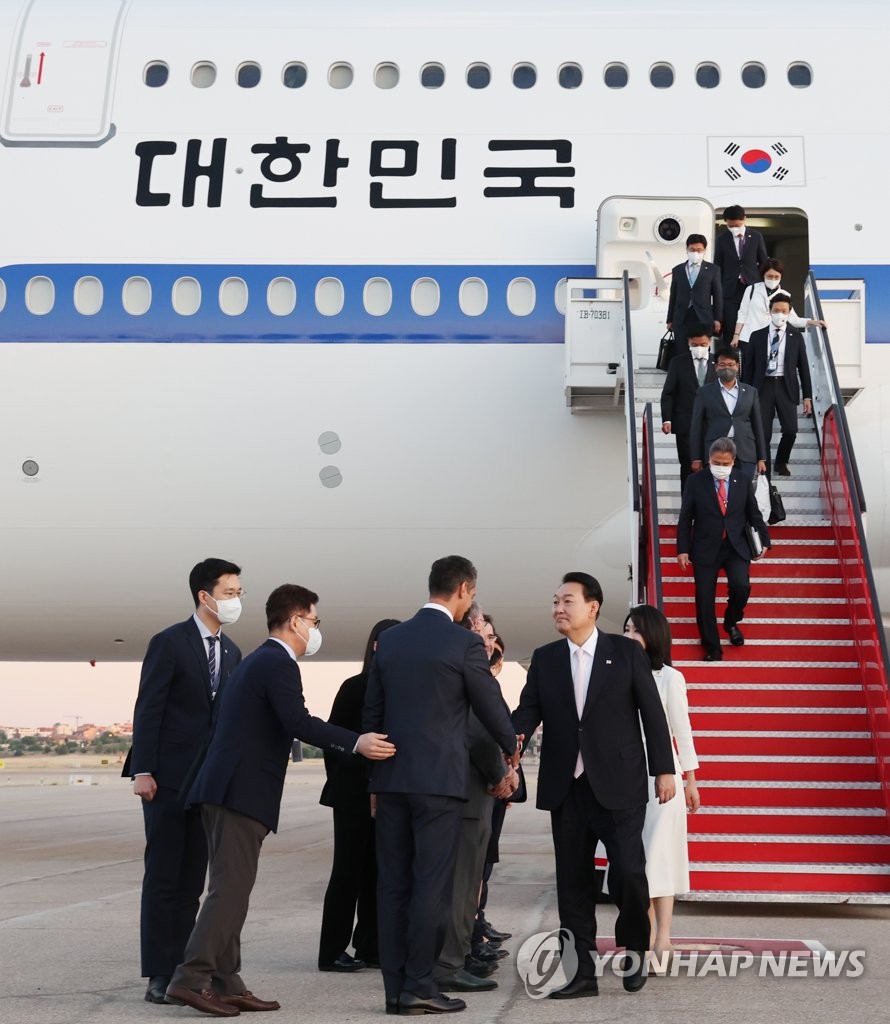