SEOUL, June 29 (Yonhap) -- Demand for an unprecedented "big-step" rate hike among policymakers of the Bank of Korea (BOK) will likely intensify ahead of an upcoming rate-setting meeting should the country's consumer prices in June rise 6 percent or higher, a high-ranking central bank official has said.

It is rare for a BOK official to predict such an aggressive rate hike, though a growing number of market watchers are speculating that the central bank will lean more toward the possibility of a 0.5 percentage-point hike when monetary policy board members gather on July 13 in the face of the fast-rising inflation pressure.

The country's consumer prices, a major gauge of inflation, jumped 5.4 percent on-year in May, the fastest rise in almost 14 years, and Finance Minister Choo Kyung-ho earlier said prices could rise 6 percent in June-August. Consumer price data for June will be released early next month.

"Whether the BOK will take a big-step increase or not greatly depends on June consumer inflation data," the official told Yonhap News Agency on customary condition of anonymity. "Should prices rise 6 percent or higher, calls could get louder for a big-step move."

To tame inflation, the BOK has hiked its policy interest rate five times -- all by a quarter percentage point at a time -- since August last year to 1.75 percent.

With inflation pressure fast mounting and the possibility of an interest rate reversion with the United States due to the Federal Reserve's recent swift hikes, market watchers expect the BOK to take aggressive monetary tightening down the road, including a big-step rise.

Recently, global investment bank JP Morgan forecast that the BOK could push for a big-step rate hike based on its analysis of minutes of the May rate-setting meeting.

It also expected the central bank to continue the sequence of its rate hikes in the coming months and raise the rate to as high as 3 percent by the end of the year.

"While the minutes did not directly guide the specific width and timing of follow-up hikes in coming meetings, the members' arguments suggested that the committee would not hesitate to preemptively react to risk cases in inflation," a JP Morgan analyst said in a report.

According to a report by the BOK, inflation expectations in June rose 3.9 percent, the fastest pace since April 2012. The figure was also higher than a 3.3 percent rise predicted the previous month.

Should the BOK raise the interest rate by 0.5 percentage point, it will mark the first rate adjustment with the largest magnitude. It has resorted to quarter percentage-point increments when adjusting the monetary policy.

In a briefing on the inflation situation last week, BOK Gov. Rhee Chang-yong told reporters the central bank will carry out its monetary policy with a priority on price stability until inflation ends its upward trend, hinting at further rate increases going forward.

Rhee has said all options, including a 0.5 percentage-point rate increase, are on the table should high inflation persist. 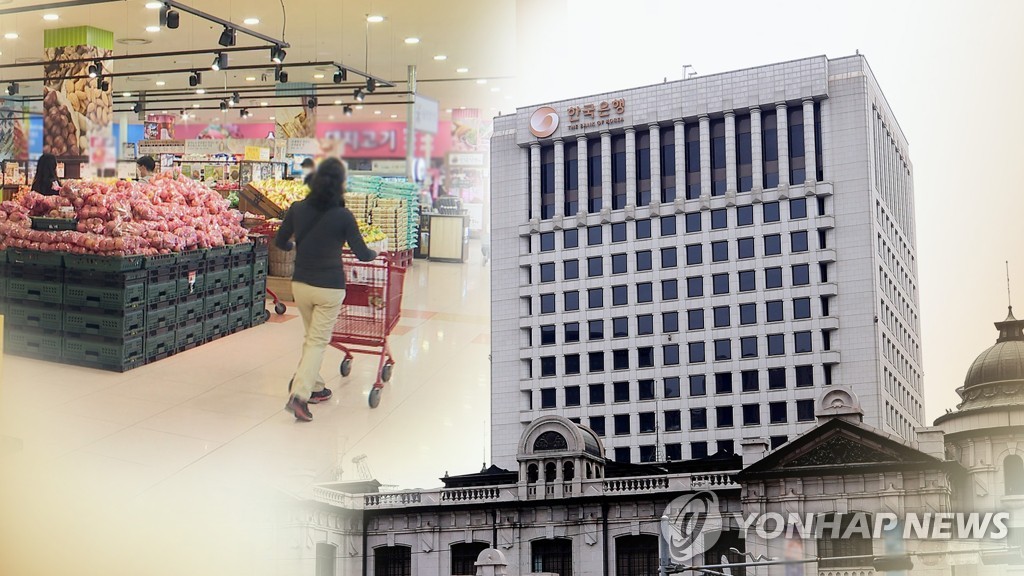