Yoon is in Madrid to attend the North Atlantic Treaty Organization (NATO) summit on Wednesday and has begun a series of bilateral summits on the sidelines, including with Australia's prime minister earlier Tuesday.

On Wednesday, he is scheduled to meet with the president of Poland and on Thursday with the prime minister of the Czech Republic. 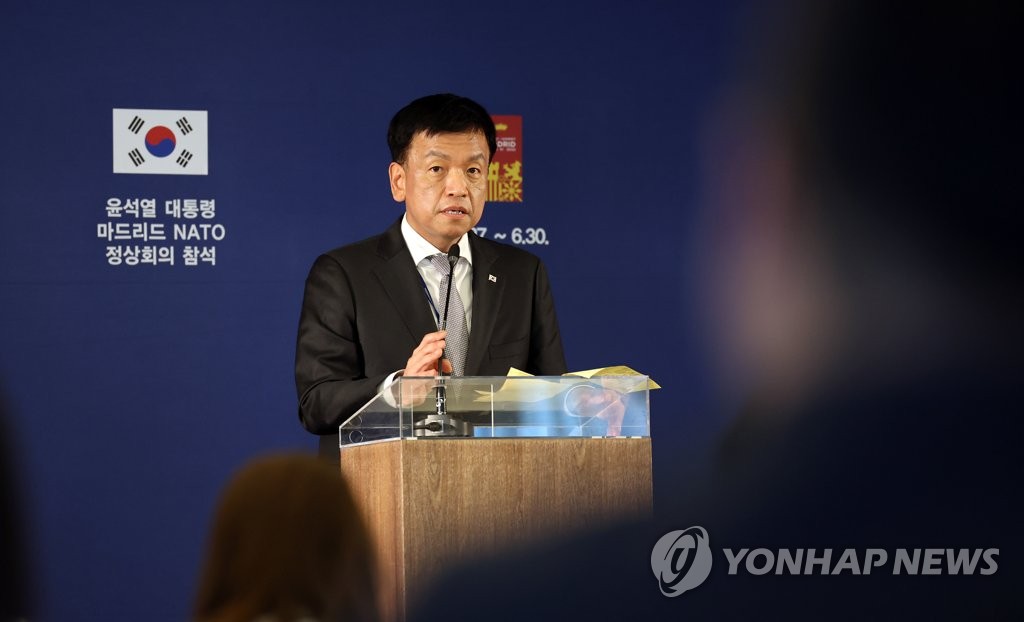 "We will go all in to win orders for nuclear power plants vis-a-vis countries, including Poland and the Czech Republic, where the selection of contractors is imminent," Choi Sang-mok, senior presidential secretary for economic affairs, told reporters.

"For the past five years, we saw a contradictory situation where at home, we were seeking to go nuclear-free, but overseas, we were pursuing exports of nuclear power plants," he said, referring to the policy of the previous Moon Jae-in administration. "The nuclear industry was practically on the brink of collapse, but now we plan to resume nuclear power exports."

Britain, Romania and the Netherlands, all of whose leaders Yoon plans to meet this week, are potential buyers of South Korean nuclear power plants.

With Poland, Yoon will additionally discuss cooperation in the defense industry, an area that has seen a sharp increase in demand due to recent international events, Choi said.

Other topics on the president's agenda for bilateral summits will include strengthening supply chains in advanced industries, particularly in semiconductors and batteries, and establishing a foundation for future growth industries, according to Choi.

"This will mark the beginning of summit-level sales diplomacy for new export-centered businesses," he said. "This time we started with nuclear power and the defense industry, but over the next five years, the list will grow."