WANDO, South Korea, June 29 (Yonhap) -- Police have verified the identities of three bodies found inside a car as the family that went missing last month, after their vehicle was recovered from the sea off the southwestern coast Wednesday, officials said.

The family of three -- a 10-year-old girl named Cho Yu-na and her parents -- went missing last month while staying at a guesthouse in Wando, an island 362 kilometers south of Seoul.

Following massive search operations, police found the family's Audi sedan upturned underwater near Wando a day ago and hauled it out of the sea Wednesday.

Inside the vehicle, police found three bodies presumed to be those of the family, according to the Gwangju Metropolitan Police and the Coast Guard in Wando.

Later Wednesday, Gwangju police first verified the identity of Cho's mother through fingerprint analysis. Within hours, they confirmed the identities of Cho and her father, also thanks to fingerprint examinations.

Cho had been absent from her elementary school in Gwangju since May 19 after reporting she would take part in an outdoor learning program on Jeju Island together with her parents for about a month.

Her school reported her absence to the police a week earlier as she did not show up for class upon the termination of her reported one-month leave.

The family was last seen May 30, when the mother was captured on closed-circuit TV carrying a child presumed to be Cho on her back, while the father was looking on.

The cellphones of Cho and her mother were switched off two hours later near the guesthouse, while the father's cellphone was also switched off the following morning on an adjacent dock, police said.

The family was reported to be suffering from economic problems and struggling to pay the monthly rent after the father closed his business last year. 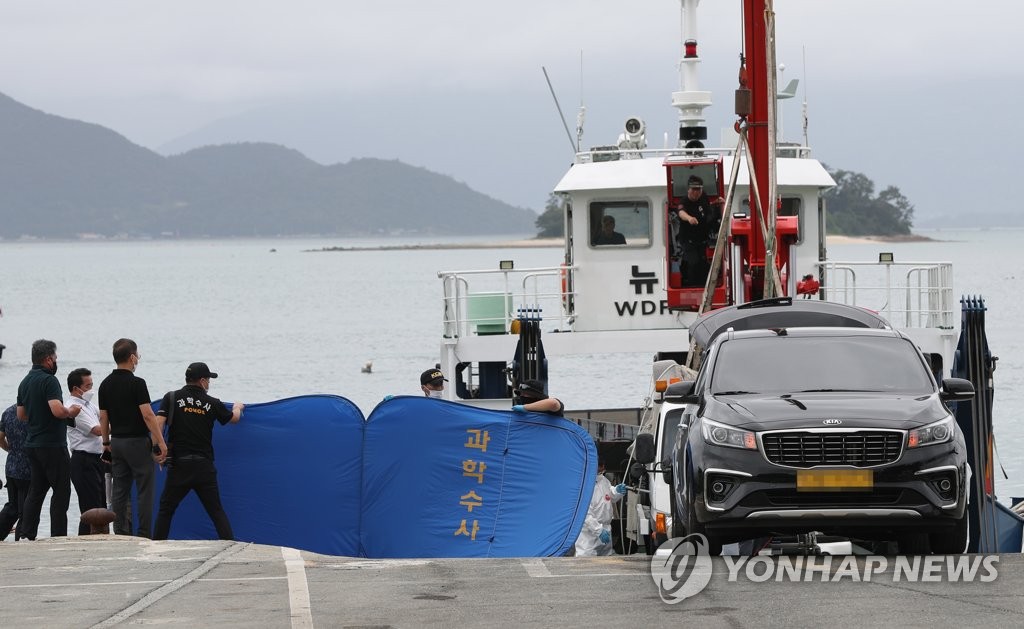