The business sentiment index (BSI) for local companies came to 82 for July, down 5 points from the previous month, according to the survey by the Bank of Korea (BOK).

The index measures corporate prospects for business conditions in the following month. A reading below 100 means pessimists outnumber optimists.

The figure for both manufacturers and non-manufacturing firms went down, as they said the continued surge in prices of raw materials is their No. 1 source of difficulties in corporate management.

Uncertainties in the global economy and high labor costs have also negatively affected the business circumstances, the poll showed.

Earlier this month, the Federal Reserve raised its key interest rate by 0.75 percentage point to tame inflation, the biggest increase since 1994.

The BOK is also forecast to take more aggressive monetary steps, such as a 0.5 percentage-point hike, to tame inflation.

The South Korean central bank has hiked its policy interest rate five times -- all by a quarter percentage point at a time -- since August last year to 1.75 percent.

The country's consumer prices, a major gauge of inflation, jumped 5.4 percent on-year in May, the fastest rise in almost 14 years, and Finance Minister Choo Kyung-ho has said prices could rise 6 percent in June-August. 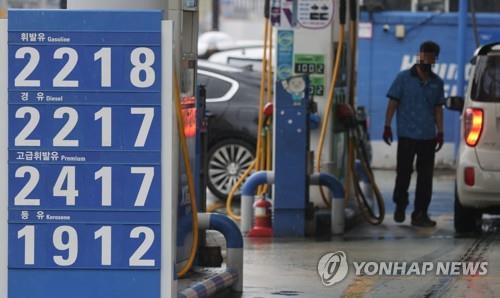