MADRID, June 29 (Yonhap) -- President Yoon Suk-yeol held a four-way meeting with his counterparts from Japan, Australia and New Zealand in Madrid on Wednesday, his office said.

The four leaders are in the Spanish capital to attend the North Atlantic Treaty Organization (NATO) summit. The four countries are not members of the military alliance but were invited as the organization's Asia-Pacific partner nations.

"Each leader assessed the fact that such a meeting was realized on the occasion of their first participation in a NATO summit, and they exchanged views on cooperation between NATO and (the four countries) on recent international events, and on areas of mutual interest in the Indo-Pacific region," the presidential office said. 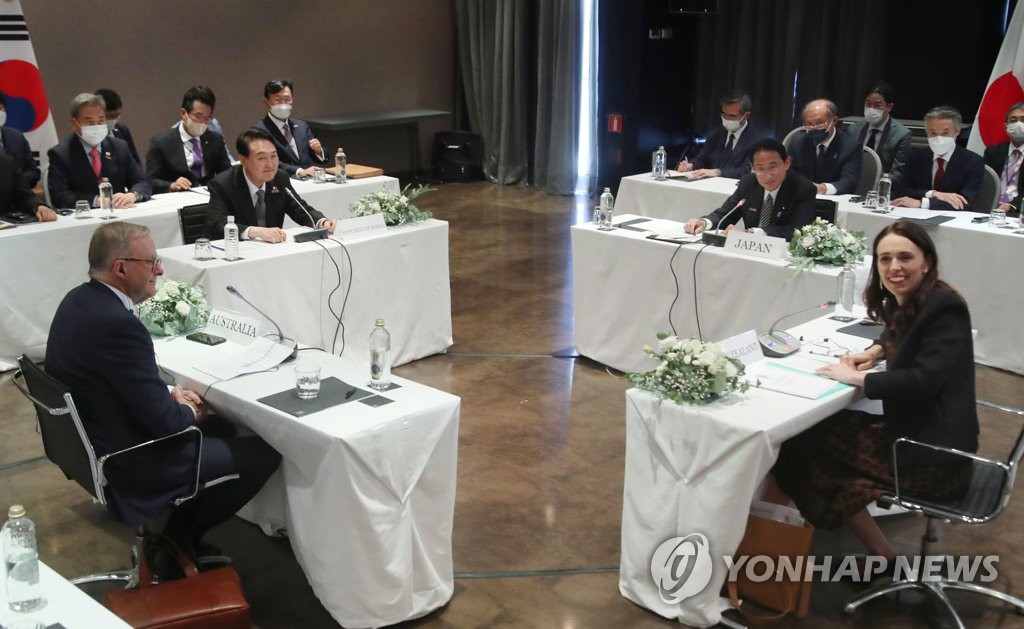