MADRID, June 29 (Yonhap) -- U.S. first lady Jill Biden advised South Korean first lady Kim Keon-hee on Wednesday to be herself as she talked about the pressures of being the president's wife, the presidential office said.

Biden and Kim took part in an official program for spouses of leaders attending the North Atlantic Treaty Organization summit in Madrid, which included visits to the Royal Palace of La Granja of San Ildefonso near Segovia, northwest of Madrid, the nearby Royal Glass Factory of La Granja, and the Museo Reina Sofia.

During the tour, Kim told Biden that she was moved by the U.S. first lady's visit to Ukraine last month, according to the presidential office. 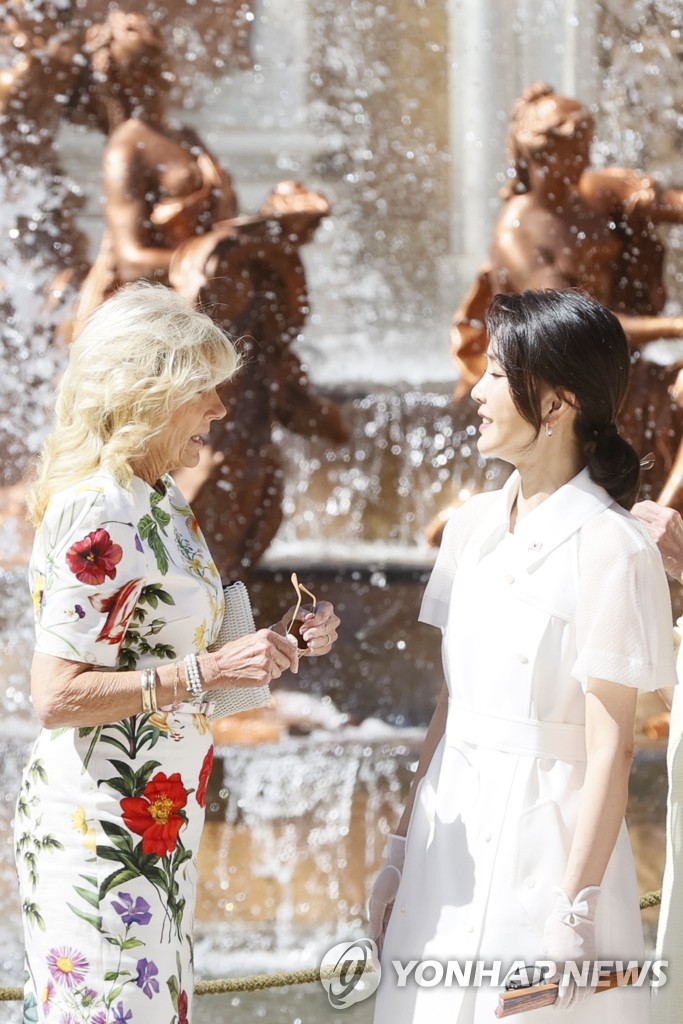 Biden said she met with Ukrainian war refugees together with Ukrainian first lady Olena Zelenska and was shocked after witnessing children fire guns.

Kim responded that Biden's visit served as an opportunity for more people to take an interest in the war in Ukraine and that she was especially moved by her courage and warmth in visiting Ukraine alone without her husband.

"First lady Biden advised (Kim), 'Just be yourself,' saying that when a person reaches a high position they are sure to receive a lot of advice from those around them, but the important thing is your own thought and will," the presidential office said.

The Royal Palace of La Granja of San Ildefonso was built in the 18th century during the reign of King Felipe V of Spain and used as his summer residence, while the glass factory was constructed to make glassware for the royal family.

The Museo Reina Sofia is a contemporary art museum in Madrid that houses works by such Spanish artists as Pablo Picasso, Salvador Dali and Joan Miro. 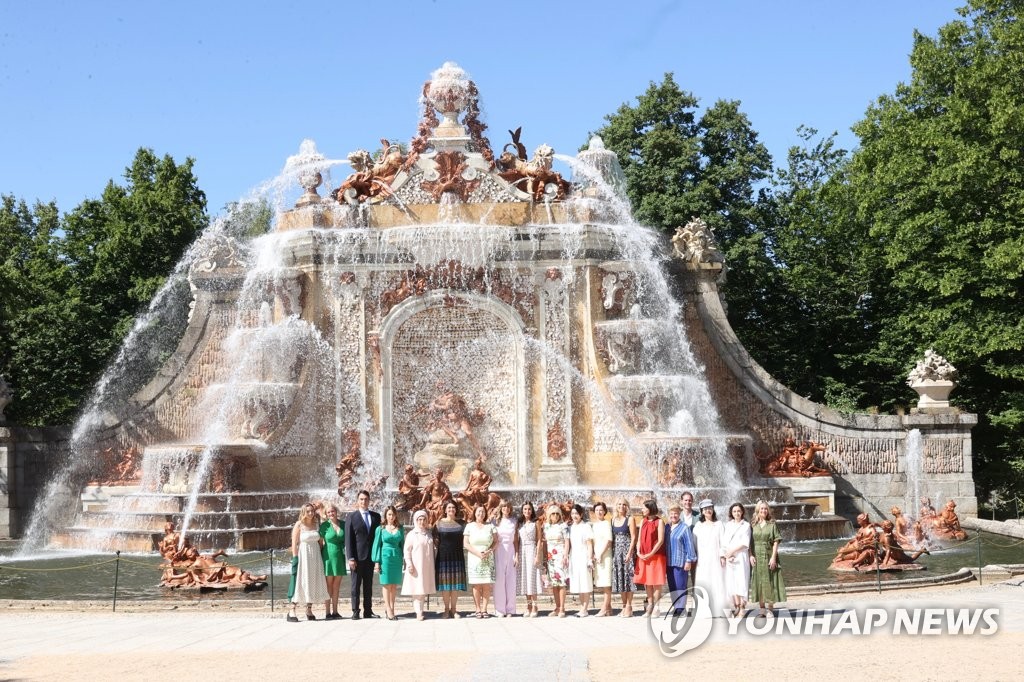