Yoon made the remark following a four-way meeting involving Kishida and the prime ministers of Australia and New Zealand on the sidelines of the North Atlantic Treaty Organization summit in Madrid.

"I came away confident that Prime Minister Kishida will become a partner in resolving issues between South Korea and Japan, and in developing bilateral ties for the two countries' future common interest," he told reporters. 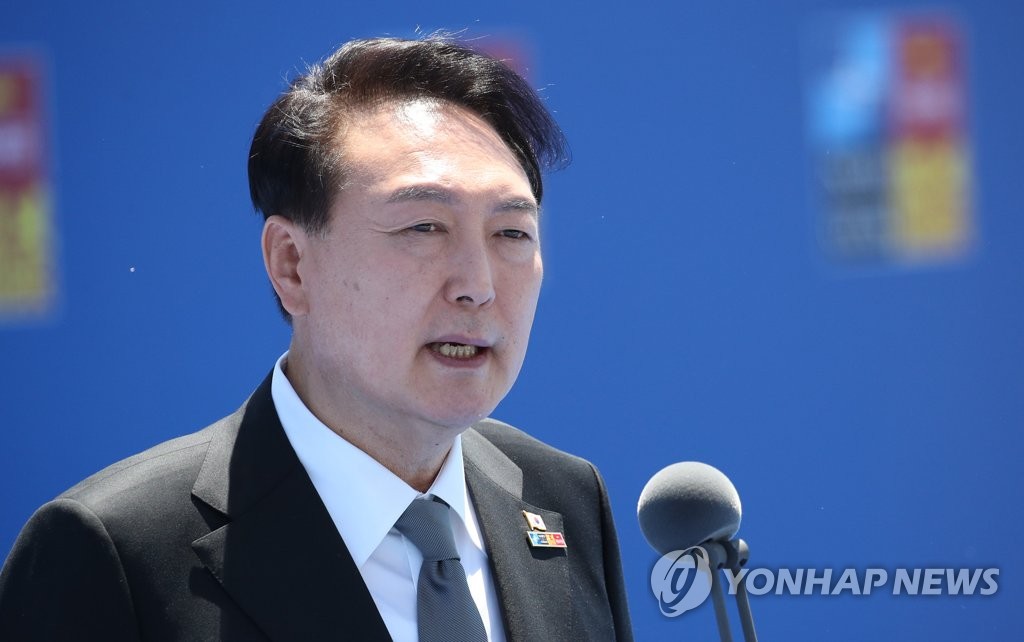 Yoon and Kishida met in person for the first time Tuesday when both men attended a gala dinner hosted by King Felipe VI of Spain.

During a brief encounter that lasted three to four minutes, Kishida congratulated Yoon on his inauguration last month and the ruling People Power Party's victory in this month's local elections.

Yoon also wished Kishida good results in Japan's upcoming upper house elections, saying he and his aides intend to push for a future-oriented relationship between the two countries by quickly resolving bilateral issues following those elections.

Kishida thanked Yoon, saying he is aware of the president's efforts to improve bilateral ties and asking that they work together to make the relationship healthier.

Relations between South Korea and Japan have suffered in recent years due to disputes stemming from Tokyo's 1910-45 colonial rule of the Korean Peninsula, including the issues of wartime sex slaves and forced labor.

Yoon and Kishida are scheduled to meet again in a trilateral meeting with U.S. President Joe Biden later Wednesday.

A bilateral summit between Yoon and Kishida had been under consideration but failed to materialize amid perceptions in both countries that the conditions were not yet ripe.