SEOUL, June 30 (Yonhap) -- The outgoing U.N. special rapporteur on North Korea's human rights situation called on South Korea and the United States not to lose an opportunity to open up a dialogue channel with the Kim Jong-un regime amid speculation it may soon conduct a nuclear test.

Tomas Ojea Quintana also urged Kim not to forget that his country is a member of the U.N. and the international community, speaking during an interview with Yonhap News Agency in Seoul on Wednesday night at the end of what will be his last trip here in his capacity as the U.N.'s point man on Pyongyang for the human rights issue.

"I think that right now, it is a unique opportunity for the parties involved, especially the government of the U.S but also the government of the Republic of Korea to take action in terms of opening a channel of negotiation with North Korea before and if a next nuclear test takes place," he emphasized. 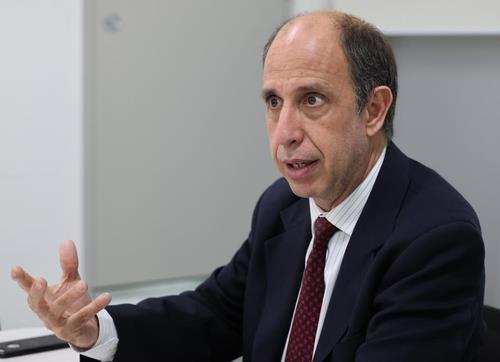 Quintana warned that the North's nuclear testing will not only sharply escalate tensions on the Korean Peninsula but also sever all channels of communication and block humanitarian assistance to the reclusive country, affecting the lives of "ordinary people."

"(The North) will definitely face consequences in terms of the communication being blocked with North Korea and resistance from states to provide humanitarian assistance," he said.

He demanded that the Kim regime reach out to the international community and engage in talks with U.N. officials, especially with his successor.

Quintana noted that during his six-year term, he had one opportunity to hold an unofficial meeting with members of the North's ruling Workers' Party and spent "one whole afternoon" talking about their perception of the U.N.

"I should say now that it was an extraordinary opportunity for me to get to know firsthand how North Korean officials understand the functioning of the U.N.," he said.

Asked if he has any message for the North's leader, he stressed that Pyongyang has the obligation to cooperate with the U.N. as an official member if it wants to be considered a "respectful member of the international community."

Quintana said South Korean President Yoon Suk-yeol's policies on the North appear based on a "balanced approach," as he met with officials at the foreign and unification ministries during his three-day stay here.

"It was also very interesting that they also shared with me their intention to have a balanced approach towards the North Korean human rights agenda, meaning being strong in addressing serious human rights abuses... but also trying to do what is necessary to basically seek engagement with North Korea," he said.

He said he respects Seoul's plan to weigh the option of unilateral sanctions on the North but also raised the need to mull over the easing of sanctions, citing the possibility of negatively affecting the impoverished country's health care, access to adequate food, water and sanitation.

South Korean officials have stated the government will consider imposing their country's own sanctions on the North if it presses ahead with another nuclear test.

"We'll see how the policy finally looks because they are in the process of establishing the strategy towards human rights in North Korea," he added. "I think for the time being, they are going in the right direction."

He vowed continued efforts to address the North's human rights situation even after his departure from the post in August. 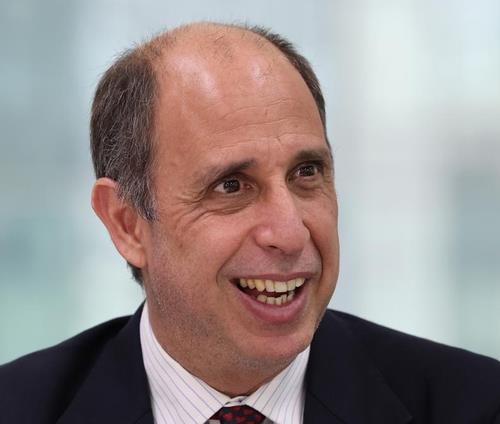