During the meeting, which took place on the sidelines of the North Atlantic Treaty Organization summit in Madrid, the two leaders discussed ways to deepen bilateral cooperation and a range of global issues, including North Korea's nuclear weapons program, the presidential office said. 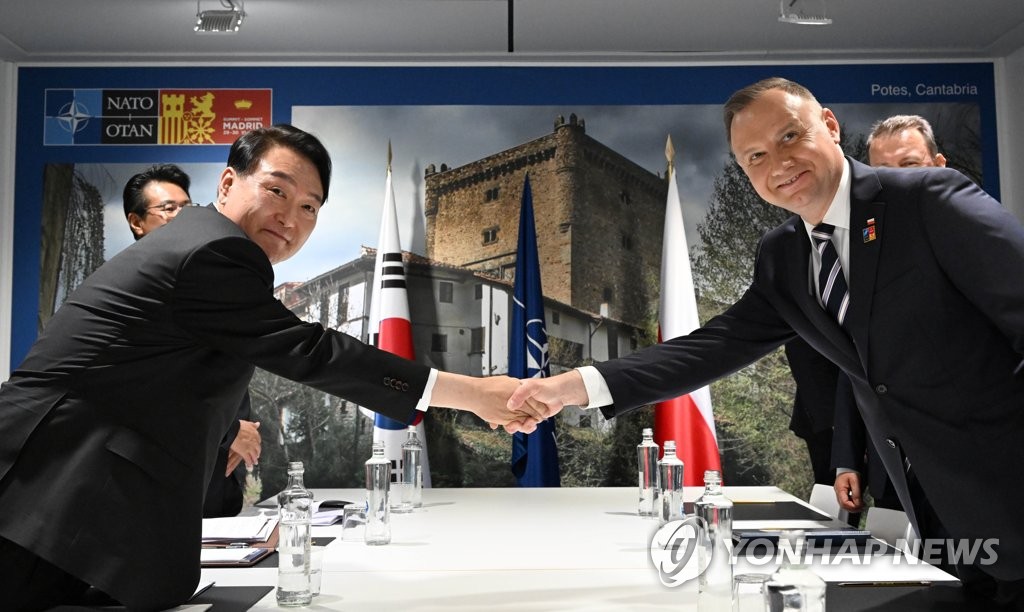 "I am very pleased that our two countries' relationship has been deepened to a strategic partnership in various areas from education and infrastructure investment to energy and the defense industry, based on mutual friendship and trust," Yoon said.

Duda expressed hope that the relationship will expand even further through their meeting.

Yoon asked the Polish president to take a special interest in some 300 South Korean businesses operating in Poland in the electronics, car battery and IT sectors, and also expressed hope for close cooperation between the two countries on the construction of a new airport in Poland.

The two leaders agreed to explore ways to cooperate on nuclear power and liquefied natural gas carriers as part of efforts to achieve carbon neutrality and establish energy security.