The city government said all entrances to the Dongbu Expressway that runs from Seoul's Songpa district to Uijeongbu, Gyeonggi Province, have been blocked off since 6:43 a.m. as heavy rain in the areas pushed up the water level in a nearby river. 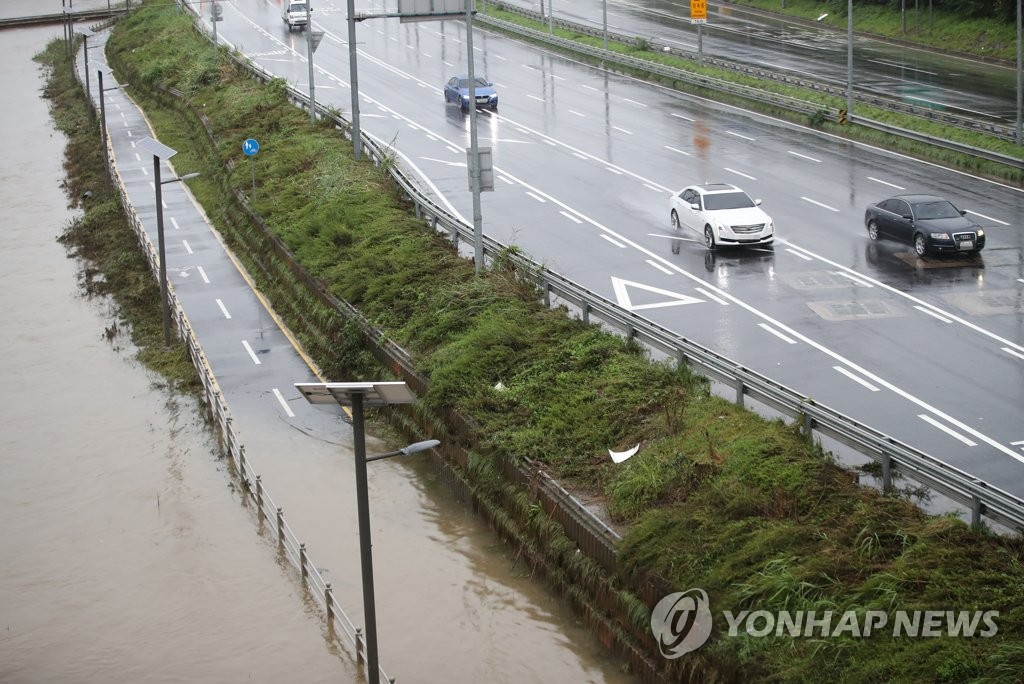 Major expressway in Seoul closed off due to heavy downpours

Major expressway in Seoul closed off due to heavy downpours