SEOUL, June 30 (Yonhap) -- A major expressway linking southeastern Seoul to northeastern Gyeonggi Province and a bridge over the Han River were closed off Thursday as heavy downpours pounded the capital and central regions, officials said.

The city government said all entrances to the Dongbu Expressway that runs from Seoul's Songpa district to Uijeongbu, Gyeonggi Province, have been blocked off since 6:43 a.m. as heavy rain in the areas pushed up the water level in a nearby river.

The Jamsu Bridge crossing the Han River in central Seoul has also been shut down since 9:04 a.m. as the river's water level swelled to 6.22 meters, close to the 6.5-m point where the bridge becomes prone to flooding.

A lane on the Olympic highway, a main route in the capital, and sections on the Seobu Urban Expressway in western Seoul have also been blocked.

Seoul saw more than 98 mm of rain between 3 p.m. Wednesday and 8 a.m Thursday, and the weather agency said the capital area is forecast to experience per-hour precipitation of up to 100 mm in the morning. 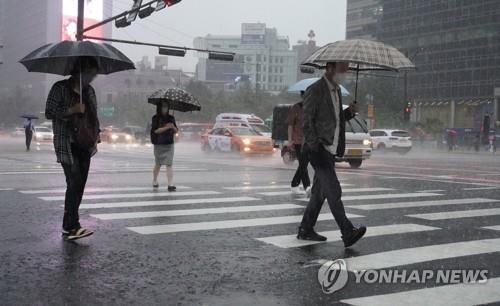 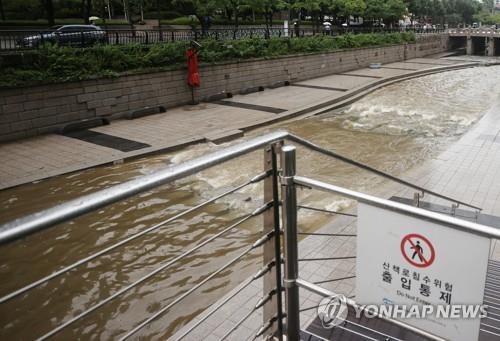 (LEAD) Major expressway, river bridge in Seoul closed off due to heavy downpours

(LEAD) Major expressway, river bridge in Seoul closed off due to heavy downpours