SEOUL, June 30 (Yonhap) -- North Korea appears to have released water from a dam near the inter-Korean border, while remaining unresponsive to Seoul's request for prior notice, a South Korean government official Thursday.

"It is presumed that North Korea has recently opened the floodgates of Hwanggang Dam," the unification ministry official told reporters amid reports that the impoverished North is suffering torrential rains in many parts of the country.

It is regrettable that the North did not give any prior notice before releasing dam water near the inter-Korean border despite Seoul's request for such notice, the official added.

Earlier in the day, an informed military source said the reclusive neighbor appears to have discharged dam water, while authorities here have been on high alert. The North has discharged dam water without notifying the South in advance in the past, endangering the safety of local residents.

The source, however, added the water levels of the Imjin River are currently stable, staying below 3 meters.

It usually takes four to five hours for water released from the dam located at the upper part of the Imjin River to reach the Gunnam Dam in the South's border town of Yeoncheon, 62 kilometers north of Seoul. The distance between the two dams is around 56 kilometers.

Under an inter-Korean agreement signed in October 2009, the North is supposed to notify the South in advance of its plans to release dam water.

"Our military is closely monitoring related situations and is working closely with related organizations," another military official said, speaking on the customary condition of anonymity. "We are paying full attention to prevent damage to the lives and properties of our people." 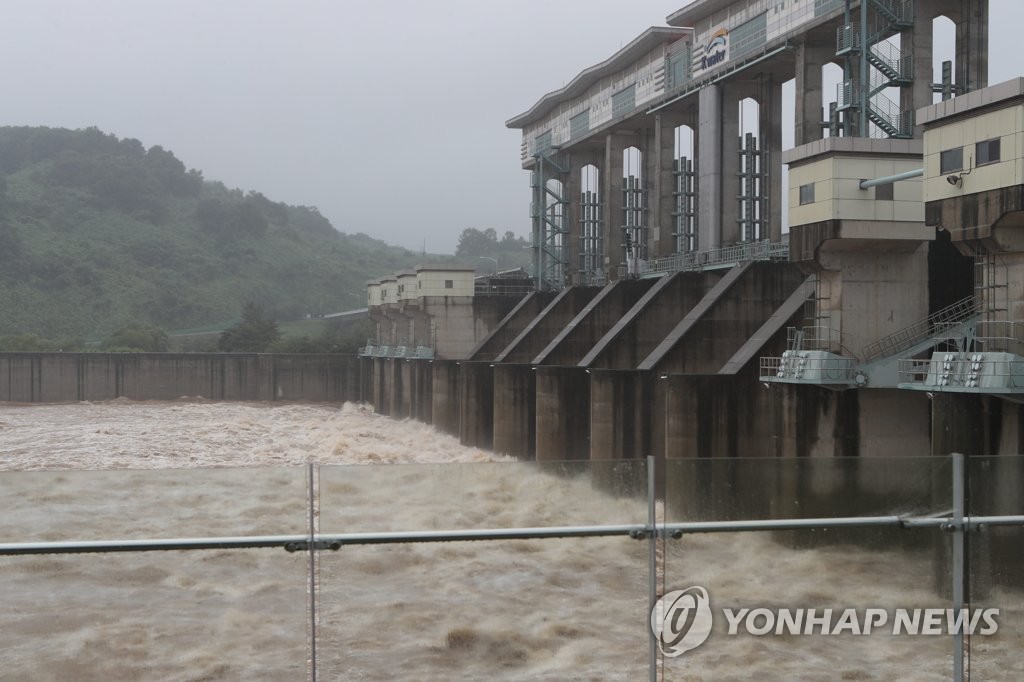