SEOUL, June 30 (Yonhap) -- South Korea unloaded a net US$8.31 billion in the foreign exchange market during the first quarter of this year as part of "market stabilization" efforts, Seoul's central bank said Thursday.

The dollar selling in the January-March period came as the South Korean currency has been losing ground against the greenback amid worries over global inflation and U.S. monetary tightening.

The won has fallen 8.4 percent against the dollar so far this year.

"With worries mounting for a full-blown war in Ukraine following Russia's invasion during the first quarter, demand for the dollar in the foreign exchange market became strong," an official of the Bank of Korea (BOK) said.

"As a result, the won-dollar exchange rates experienced steep daily rises ranging from 20-30 won and authorities responded by selling their dollar holdings to stabilize the market," the official added.

A rise in the won-dollar exchange rates means that the won's value falls against the greenback.

The BOK and the finance ministry have disclosed quarterly data related to net dollar transactions since the third quarter of 2019 as part of South Korea's efforts to boost transparency and clear itself of suspicion of exercising undue influence on exchange rates. 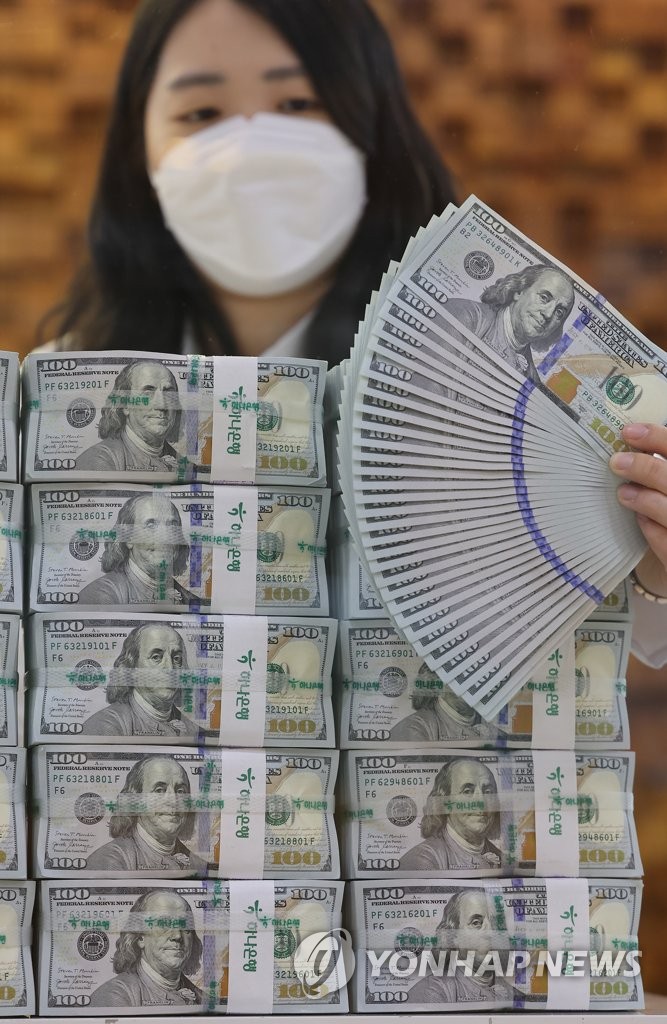