MADRID, June 30 (Yonhap) -- President Yoon Suk-yeol left Spain on Thursday to head home after attending the North Atlantic Treaty Organization (NATO) summit, and holding a series of bilateral and multilateral meetings on the sidelines on his first overseas trip as president.

The four-day visit to Madrid came weeks after his inauguration on May 10, giving him the chance to hold his first in-person meetings with world leaders, including Japanese Prime Minister Fumio Kishida and Australian Prime Minister Anthony Albanese.

Yoon took part in a total of 16 diplomatic events -- 10 bilateral summits, three multilateral summits, meetings with King Felipe VI of Spain and NATO Secretary-General Jens Stoltenberg, and a luncheon meeting with Spanish businesspeople -- according to his office. 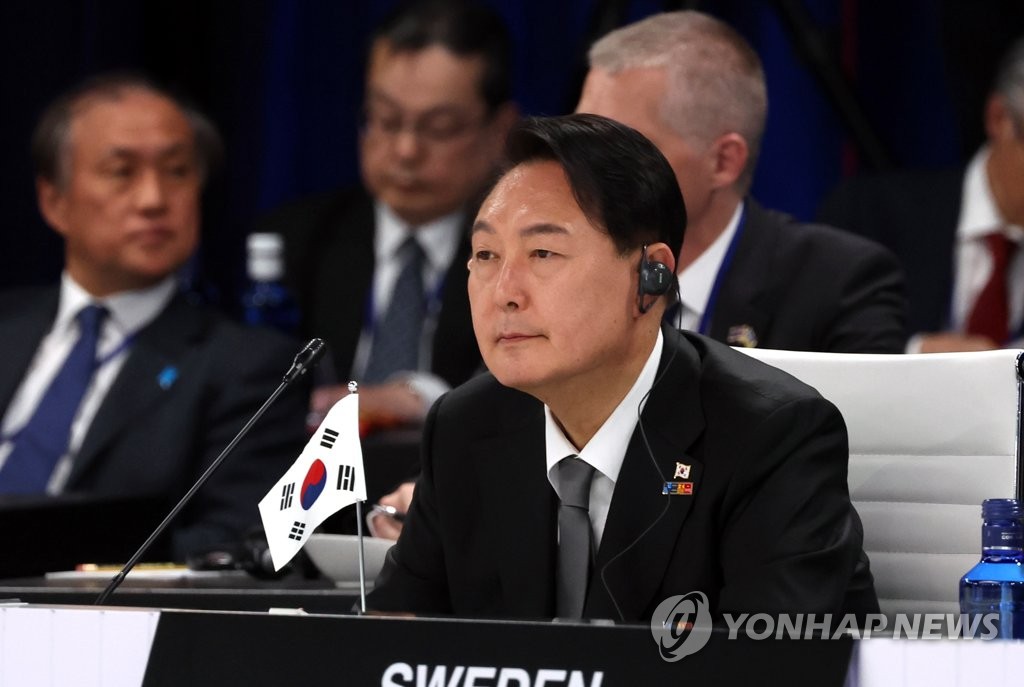 Yoon used his speech to NATO members and partner nations to stress the importance of North Korea's denuclearization and reaffirm South Korea's commitment to playing a bigger role in international affairs.

Though a bilateral summit between Yoon and Kishida failed to materialize, their multiple encounters and friendly exchanges raised hope for a thaw in bilateral relations that were badly frayed under Yoon's predecessor, Moon Jae-in.

Yoon was the first South Korean president to attend a NATO summit, as the country is not a member of the military alliance and was invited as an Asia-Pacific partner nation, along with Japan, Australia and New Zealand.

Concerns persist that South Korea's alignment with NATO's values and policies could hurt its relations with China.

The presidential office has dismissed such speculation.

In his bilateral meetings, he promoted South Korean exports in the nuclear energy, advanced technology and defense industries, among others.

Yoon was accompanied by first lady Kim Keon-hee, who took part in a cultural program for the spouses of leaders attending the NATO summit and also made individual trips.

The president and the first lady will return to Seoul on Friday. 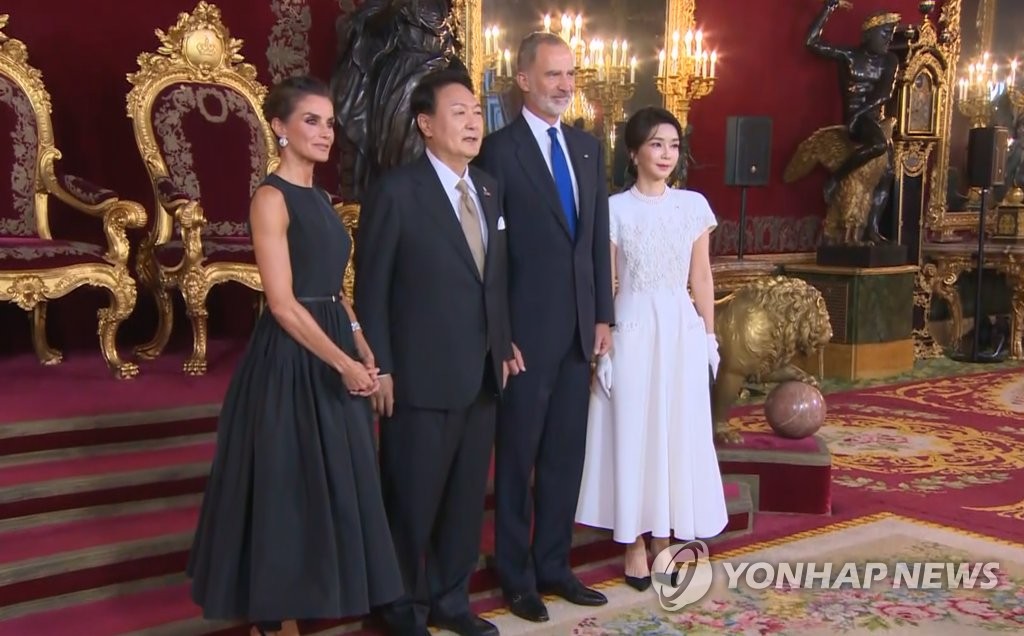