In a statement posted on its website, the North's foreign ministry said Washington and its allies have been misleading public opinion as if Pyongyang is in a humanitarian crisis due to the prolonged closure of its border.

South Korea and the U.S. have offered to provide humanitarian assistance to the North since Pyongyang first announced its apparent virus outbreak last month. Pyongyang, however, has remained unresponsive.

"The U.S. is trying to evade the international society's criticism by speaking of humanitarian aid while attempting to isolate and squeeze us to death," the ministry said.

The ministry also claimed North Korea holds the record in terms of reporting zero infections for the longest period among all countries and was controlling the virus situation successfully.

"The U.S. and the Western nations should care about their domestic situation, as they are suffering the biggest number of patients infected with the disease and deaths," it said. 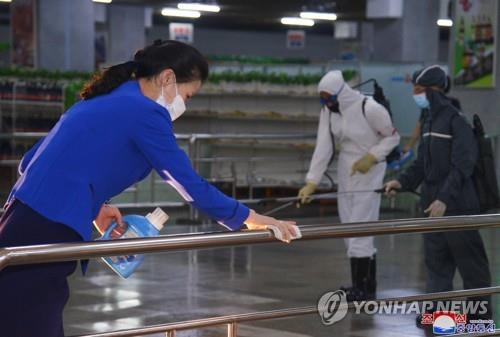