Outbound shipments stood at US$57.73 billion last month, up from $54.78 billion a year earlier, according to the data compiled by the Ministry of Trade, Industry and Energy.

It is the highest tally for any June since the ministry began compiling related data in 1956. The previous record was set a year earlier.

During the first six months of the year, South Korea saw exports grow 15.6 percent to $350.3 billion, reaching the highest figure ever.

But high-flying energy prices caused imports to advance 26.2 percent to $360.6 billion during the cited period, and the trade deficit reached a record half-year high of $10.3 billion, according to the data. 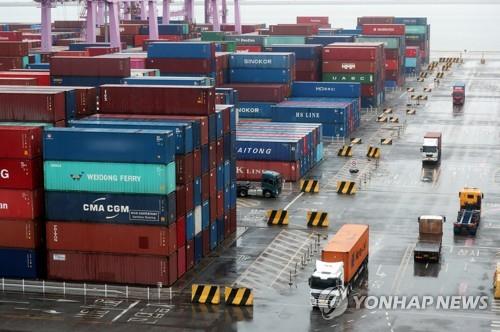