SEOUL, July 1 (Yonhap) -- Heads of the nation's 17 metropolitan cities and provinces, and 226 lower-level local governments, who were all newly elected in the June 1 local elections, started their official work for a four-year tenure Friday after respective inaugural ceremonies or events.

They include Seoul Mayor Oh Se-hoon, who won reelection to become the first person to be elected to the capital's mayoral post for the fourth time; former presidential candidate Kim Dong-yeon, who was first elected governor of Gyeonggi, the nation's most populous province; and Busan Mayor Park Heong-joon, who won reelection.

Other winners of last month's local elections -- heads of education offices in the 17 metropolitan cities and provinces, 872 provincial and metropolitan councilors, and 2,988 members of lower-level local councils -- also took office on the day across the country.

"Communication" and "innovation" were among the most common words emphasized by the new local government heads in their inauguration messages. Most of them vowed to strengthen the foundations for a new era of local autonomy by overcoming the global economic crisis through change, innovation and communication.

Gyeonggi Gov. Kim promised to lead changes in the entire nation beyond his province, which surrounds Seoul, by providing more opportunities to all provincial residents and achieving innovative growth based on communication and cooperation.

Seoul Mayor Oh replaced an offline inaugural ceremony planned at the Dongdaemun Design Plaza with an online one, and instead visited low-income households and sites damaged by recent heavy downpours. 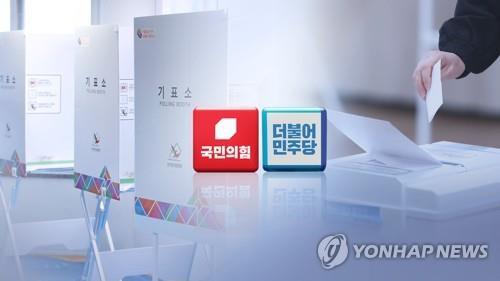