SEOUL, July 1 (Yonhap) -- An estimated 1,000 people evacuated from a 20-story building in central Seoul on Friday after tremors continued for about five minutes, fire authorities and officials said.

No deaths or injuries were reported, they said.

A report was first made around 10:25 a.m. that occupants on the 9th to 12th floors of Le Meilleur Jongno Town in Seoul's Jongno Ward felt the tremors, forcing about 1,000 people to evacuate the building for around four hours, fire authorities said.

Officials said the tremors occurred after a cooling tower, also known as an air conditioner chiller, located on the rooftop collapsed as one of four wings of the equipment broke off due to deterioration.

The building reopened after a safety inspection.

The 15-year-old building houses 528 studio apartments and a shopping arcade of 354 shops. 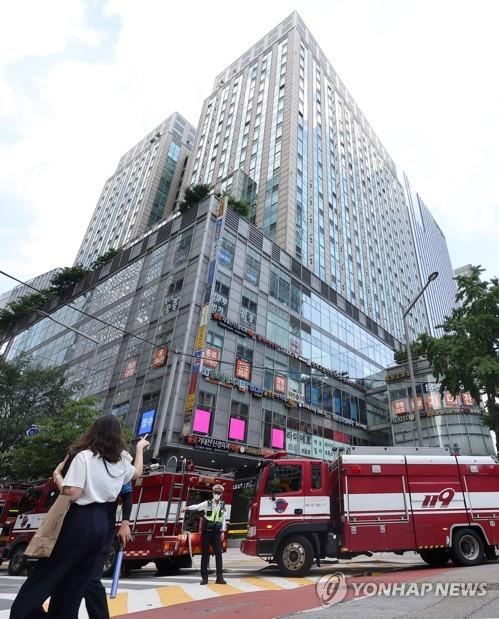 1,000 people evacuated from building in central Seoul after tremor

1,000 people evacuated from building in central Seoul after tremor