SEOUL, July 1 (Yonhap) -- Rival political parties traded allegations and counter allegations Friday over the 2020 death of a fisheries official at the hands of North Korea, accusing the previous and incumbent presidential offices of misrepresenting investigation results.

The late official, Lee Dae-jun, was fatally shot by the North's military on Sept. 22, 2020, near the inter-Korean sea border in the Yellow Sea, after going missing the previous day while on duty aboard a fishery inspection boat.

The then-government of President Moon Jae-in announced at the time that the official was killed while attempting to defect to the North, but the conclusion was overturned after President Yoon Suk-yeol took office as the Coast Guard said it found no evidence backing the probe results from two years ago. 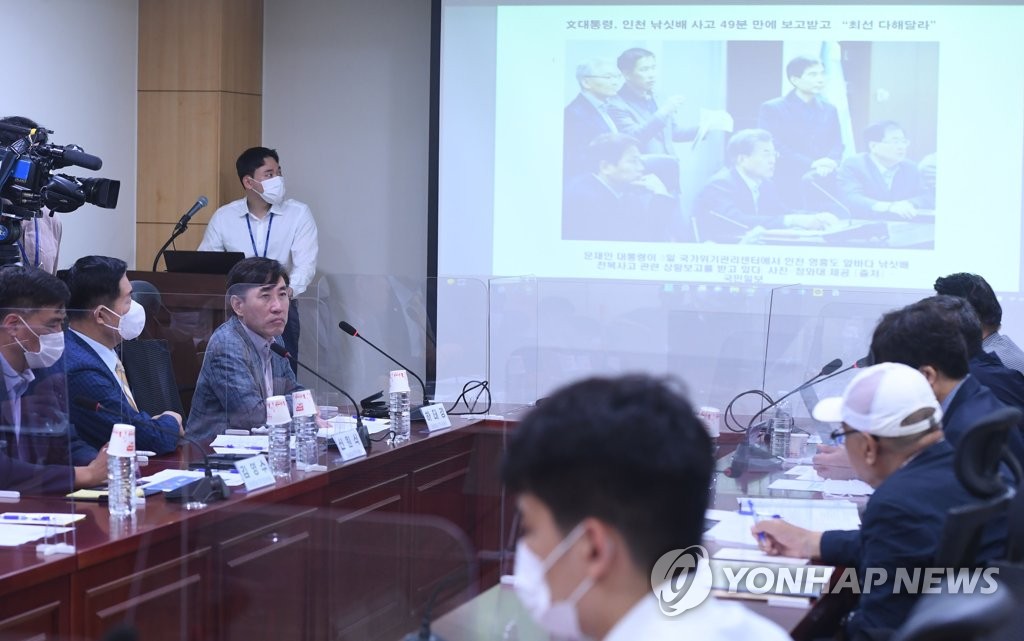 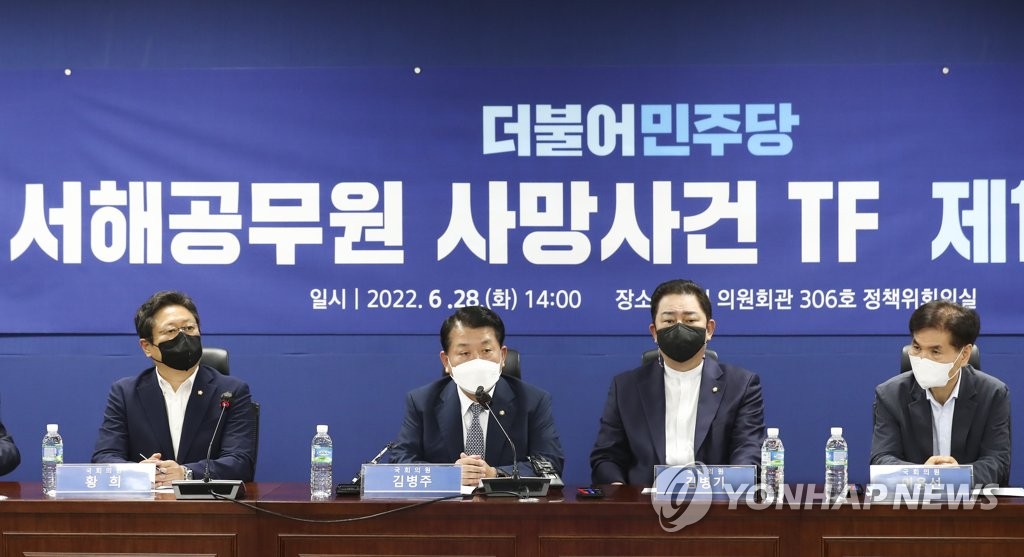 On Friday, the ruling People Power Party said it has confirmed a document showing that the National Security Office under Moon ordered government ministries to focus more on the possibility of defection than suicide when publicizing the case.

The PPP's task force on the case also conducted a simulation of the incident and claimed Pyongyang would not have shot the official or incinerated his body had the then government dispatched patrol ships to nearby waters to broadcast a warning with loudspeakers.

On the other hand, the main opposition Democratic Party, which was the ruling party at the time, claimed President Yoon Suk-yeol's office was involved in the recent reversal of the Coast Guard's investigation result.

The Coast Guard and the defense ministry did not present any new evidence and came up with contrasting conclusions based on unchanged facts, Rep. Kim Byung-joo, who heads the DP's task force on the case, said during his visit to the Joint Chiefs of Staff headquarters.

"The circumstance raises suspicion the reversal of probe results was made due to a top-down order from the presidential national security office without thorough review of the past investigation," Kim said.