Various labor unions under the KCTU, including those representing construction and service business workers, started occupying the streets in central Seoul around noon and gathered for the KTCU's main rally around 3:25 p.m., demanding the new government of President Yoon Suk-yeol to improve workers' rights and ensure better working conditions.

They were the first large-scale rallies staged by the KCTU since the Yoon government was launched in May. 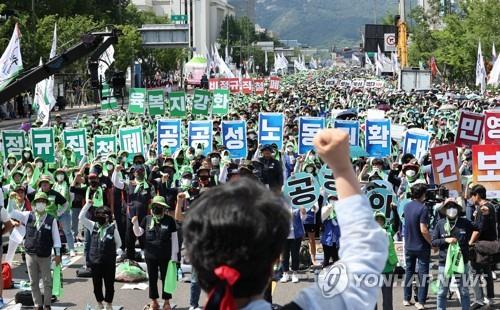 Although the apparent temperature reached as high as 33.5 C around 3 p.m. in Seoul, the protestors, wearing wide-brimmed hats while placing wet towels around their neck, held placards and chanted slogans, like "workers are dying."

The unionists plan to march the streets of central Seoul till 6:30 p.m.

Police have mobilized about 10,000 personnel in the central Seoul area to respond to the rallies. Police earlier warned any illegal rally or demonstration that violates the conditions permitted by the court would be strictly handled.

So far, no clashes between the unionists and police have been reported. 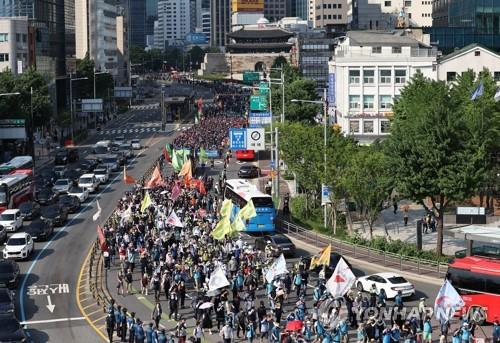