A rate hike is meant to slow inflation, but it could increase debt-servicing burdens and slow down an economic expansion.

Market volatility has recently amplified as demand for safer assets, such as the U.S. dollar, increased amid the Fed's aggressive rate hikes and concerns about a global recession.

The won's sharp fall is feared to put additional upward pressure on inflation as it hikes import prices.

In May, the country's consumer prices jumped 5.4 percent on-year, the fastest rise in almost 14 years and a pickup from a 4.8 percent spike in April.

Minister Choo earlier warned the growth of consumer prices could rise to the 6 percent range between June and August. The statistics agency plans to release the June inflation data Tuesday. 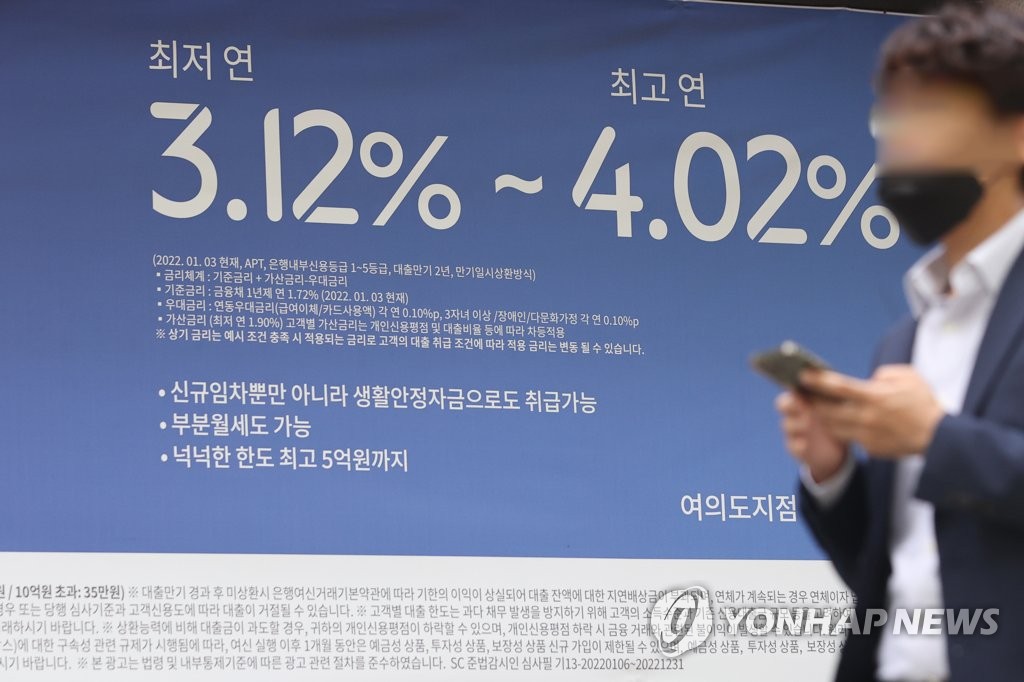