SEOUL, July 4 (Yonhap) -- South Korea's new coronavirus cases fell below 10,000 on Monday due to fewer tests over the weekend.

The country added 6,253 new COVID-19 infections, including 164 from overseas, bringing the total caseload to 18,395,864, the Korea Disease Control and Prevention Agency (KDCA) said.

Monday's tally declined from 10,059 the previous day but nearly doubled from 3,423 a week ago.

The daily count tends to fall on Mondays and Sundays due to fewer tests on the weekend before rising toward the end of the week.

The number of critically ill patients stood at 56, the KDCA said. 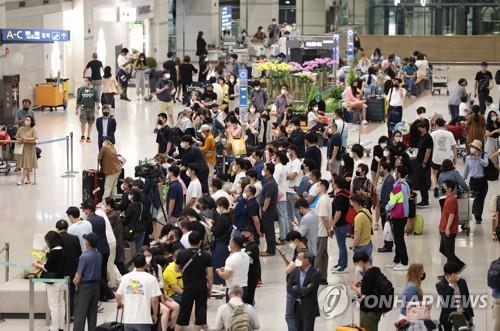 As of 9 p.m. Monday, local government had reported 17,146 additional cases, the largest in 40 days and nearly three times the number from the same time Sunday.

South Korea's COVID-19 cases have been trending downward since they peaked at an all-time high of over 620,000 in mid-March.

But the virus's pace of decline has recently slowed down amid waning immunity and eased social distancing rules.

Of the 6,089 locally transmitted cases, Seoul accounted for 1,161 cases, with the surrounding Gyeonggi Province reporting 1,890 cases. There were 282 infections in Incheon, around 30 kilometers west of Seoul. The three areas accounted for 55.7 percent of the total infection cases.

Health authorities warned of a virus resurgence as subvariants of the coronavirus are spreading and more people travel for summer holidays. 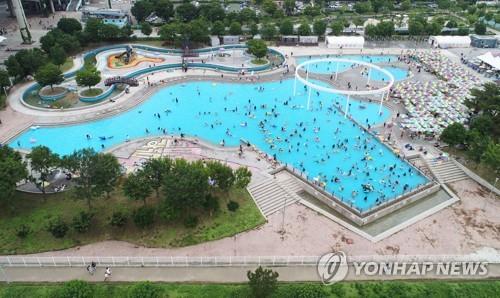