Yoon made the remark during a weekly meeting with senior presidential secretaries at his office three days after he returned from Madrid, where he attended the North Atlantic Treaty Organization summit and held bilateral and multilateral summits on the sidelines. 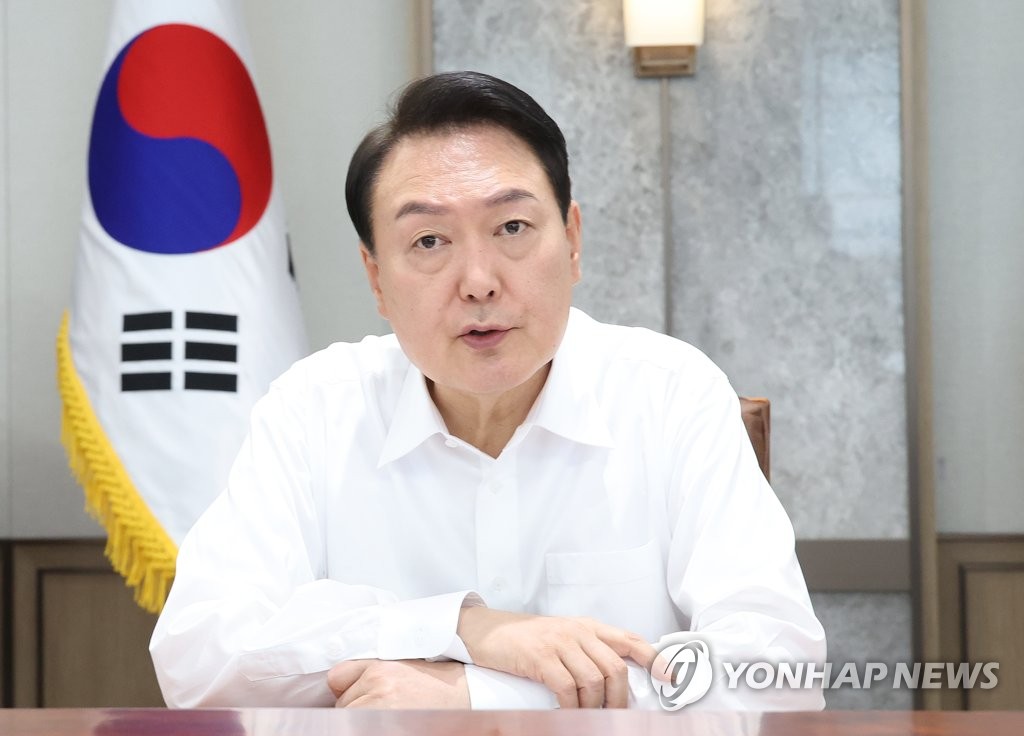 "Through my bilateral summits with 10 or so nations, I had meaningful discussions on ways to prepare for the era of economic security, including nuclear power, the defense industry, semiconductors and supply chains," he said, noting that he used the opportunity to promote the excellence, safety and price competitiveness of South Korean nuclear energy.

"I hope relevant ministries and the presidential office fully commit themselves to follow-up measures," he said.

Yoon had bilateral meetings with the leaders of Australia, the Netherlands, France, Poland, Turkey, Denmark, the Czech Republic, Canada, Britain and the European Union.

He said the NATO summit was a chance to share South Korea's aim of achieving peace and prosperity through a rules-based international order with the NATO members and partner nations.

South Korea is not a member of NATO but was invited as an Asia-Pacific partner nation, along with Japan, Australia and New Zealand.

"The universal values and rules that I have always stressed, such as freedom, human rights and rule of law, are not only popular in the international community but must be equally applied without distinction between domestic and foreign issues to resolving domestic problems as well," he said.

"Our economy is in a very difficult state. Many countries shared the understanding that we must view inflation and supply chain issues with a sense of crisis and resolve them through solidarity between countries that share the same values." 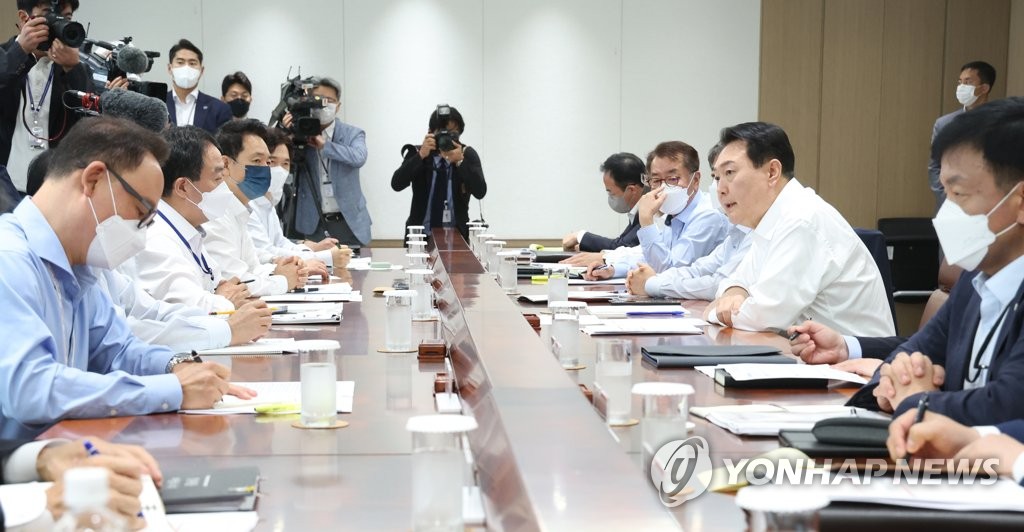 Yoon instructs aides to follow up on economic talks in Spain

Yoon instructs aides to follow up on economic talks in Spain