SEOUL, July 4 (Yonhap) -- The state audit agency said Monday it launched an inspection into the National Election Commission (NEC) over its alleged mishandling of COVID-19 patients' early voting for the March 9 presidential election.

The Board of Audit and Inspection (BAI) said its officials began to collect NEC data related to election affairs and accounting on the day, adding its investigation into NEC's branch offices has already been under way.

The NEC came under fire following revelations that COVID-19 patients and people in quarantine were not allowed to place their votes directly into ballot boxes, and election officials instead collected them in plastic bags and other unofficial containers to transfer them into ballot boxes during the early voting that took place four days before the March 9 presidential election.

Some voters raised suspicions of election rigging, but the NEC has flatly rejected the claims.

Officials at the BAI said the latest investigation is part of its regular audit of the NEC, which has been conducted every three years.

"The regular audit used to deal with accounting and simple administrative affairs of the NEC, and an inspection of its duties on the management of the presidential election was included in this year's audit," a BAI official said.

It has been very rare for the BAI to investigate the duties of the NEC, an independent constitutional agency.

The election watchdog has said before that a BAI inspection of the NEC's duties could be in violation of the Constitution, because it is not an administrative institution but an independent constitutional institution.

But the BAI has said its inspection of the NEC and its duties is legitimate under Article 24 of the Board of Audit and Inspection Act. 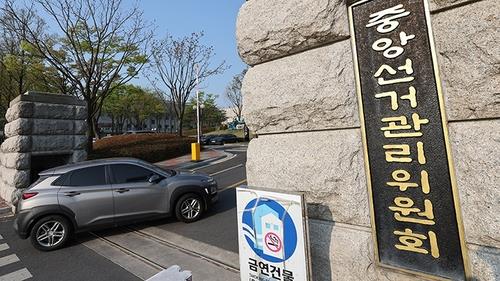