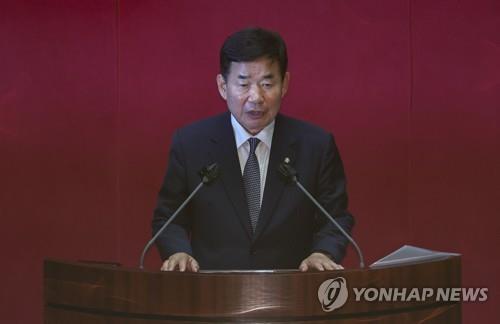 Kim, 75, passed the civil service exam in 1974 and began his career as a public servant at the finance ministry. After serving as vice finance minister, he was appointed as the minister of government policy coordination in 2002.

In 2003, Kim was tapped as deputy prime minister in charge of economic affairs and finance minister.

Kim began his political career in 2004 with his election on a liberal party's ticket in the electorate of Suwon, south of Seoul. He has since been elected four more times.

The lawmaker, who also served as deputy prime minister and education minister in 2005, has played key roles in the DP. He also oversaw policy design in the early stages of the Moon Jae-in administration.

Kim is recognized for his ability to mediate issues and for having a well-rounded relationship with politicians from both the ruling and opposition blocs.