SEOUL, July 4 (Yonhap) -- Unification Minister Kwon Young-se reaffirmed Seoul's commitment Monday to a push for the development of inter-Korean relations on the basis of "all existing agreements" between the two sides.

He also suggested direct discussions between the two Koreas on the denuclearization issue, delivering a speech marking the 50th anniversary of the signing of the historic July 4 South-North Joint Statement.

"The Yoon Suk-yeol government will open a new path for the development of sustainable South-North relations, sticking to the basics of respecting all inter-Korean agreements of previous governments," he said during a ceremony to commemorate the first official agreement signed by the governments of the two Koreas.

He stressed that the North Korea nuclear issue should not be left out of inter-Korean talks.

"We cannot just sit on our hands and leave nuclear negotiations to the international community," Kwon said. "I believe the denuclearization of North Korea and the issue of building political and military trust should be placed on the negotiating table in case an inter-Korean summit is held." 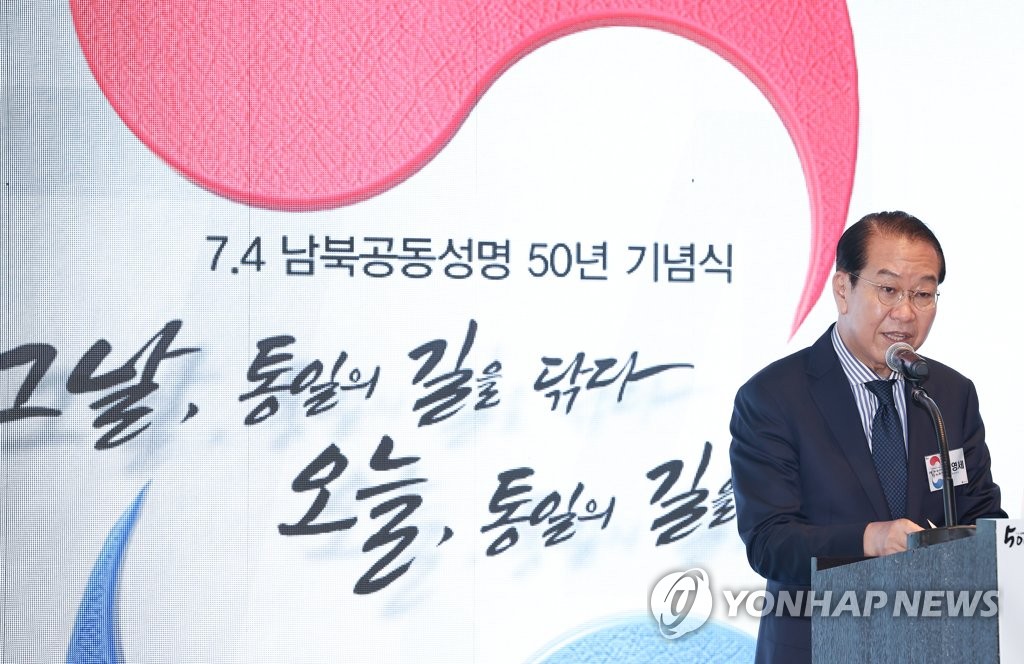 "Until this day, a vicious cycle of confrontation and tension has repeated itself on the Korean Peninsula," DPRK Today, a propaganda outlet, said.

"The reason lies in the South Korean authorities who have neglected the three principles for national unification of autonomy, peace, and solidarity of the Korean nation, and failed to faithfully implement the inter-Korean agreement," it claimed.

The Choson Sinbo, a pro-North Korea newspaper in Japan, lashed out at the conservative Yoon administration for "being subservient" to the U.S. and denounced Washington for its "hostile policies" toward Pyongyang.