SEOUL, July 4 (Yonhap) -- A photo of President Yoon Suk-yeol staring at a nearly blank computer screen during his visit to Spain last week has raised eyebrows in South Korean online communities, with some suspecting it was a setup by the presidential office.

In one picture, Yoon is seen sitting at a desk and looking straight at a computer monitor with his right hand on a mouse. 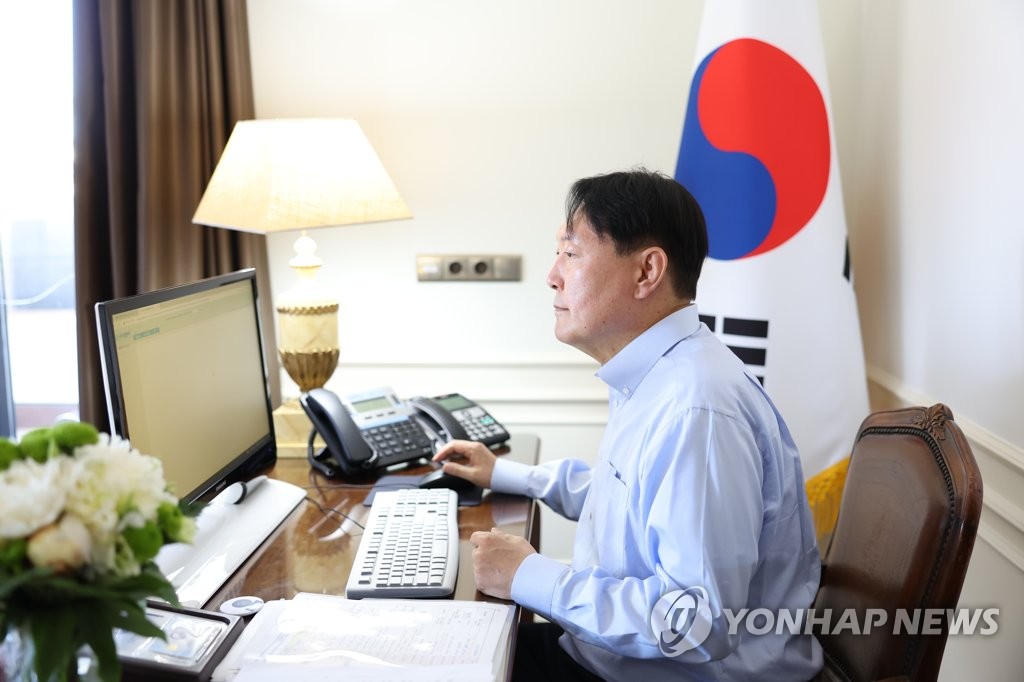 People were quick to notice the screen was in fact nearly blank, showing just the outline of what appeared to be a document or portal.

The presidential office said the photo showed Yoon after a meeting with his aides last Tuesday morning in Madrid as he was preparing for the North Atlantic Treaty Organization summit.

In response to suspicions the president was simply posing for a photo with nothing on his monitor, the office issued a clarification, saying the picture was taken just after Yoon had signed off on items for a Cabinet meeting in Seoul, leaving the page blank.

"When we release a photo of the president, we try not to show whatever is on the monitor or document the president is looking at," the official told reporters, citing security and other reasons.

"We pay close attention when we release photos, and to distort that as if we were putting on a show is quite regrettable," the official added.