During the meeting, Park noted that South Korea has maintained a close relationship with Mexico as a key partner in Latin America since forging a strategic partnership in 2005.

"Amid the COVID-19 pandemic and the restructuring of the global supply chain, Mexico continues to become more important for South Korean businesses as an investment hub and the production center in the Americas," Park said during the meeting.

This year marks the 60th anniversary of diplomatic ties between South Korea and Mexico. Mexico is the largest trade partner in Latin America for Asia's No. 4 economy.

It was the first visit by a Mexican foreign minister to South Korea in around seven years. 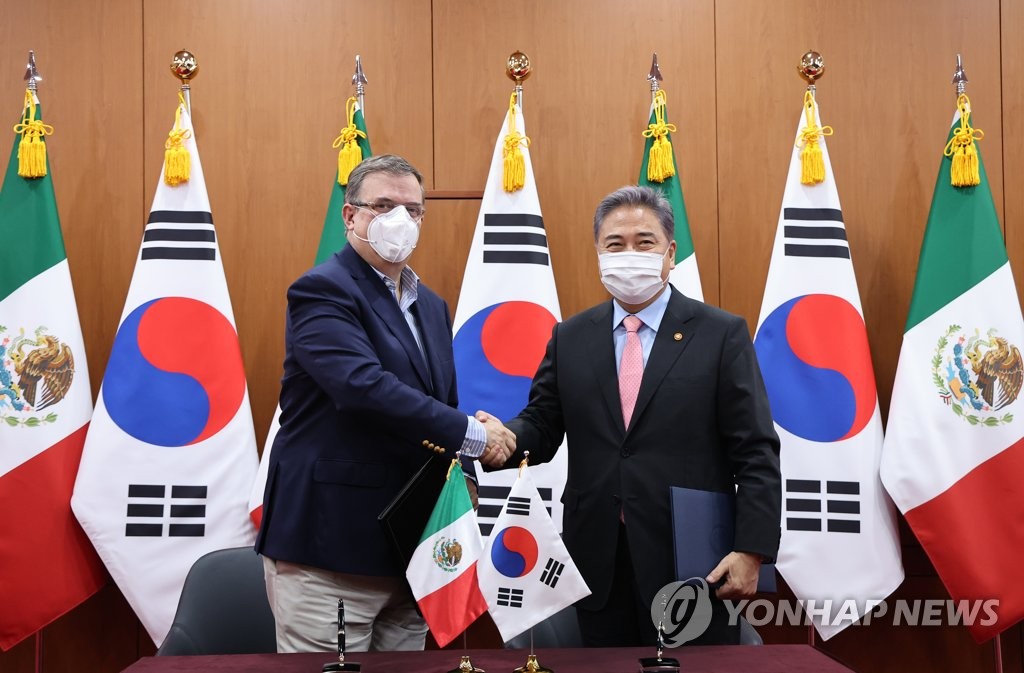