INCHEON, July 5 (Yonhap) -- SsangYong Motor Co. launched the all-new Torres SUV in South Korea on Tuesday, a week after a Seoul court approved a local consortium as final bidder for the debt-laden carmaker.

The SUV-focused carmaker plans to export the Torres SUV initially to Chile later this year and then other emerging markets next year.

SsangYong plans to submit its rehabilitation plan to the court in late July and obtain the court's approval for the plan in late August.

The company has struggled with weak domestic sales amid a global chip shortage and the prolonged COVID-19 pandemic in recent years.

But its overall sales rose 19 percent to 47,589 vehicles from 40,134 units a year earlier helped by robust exports of its SUV models. 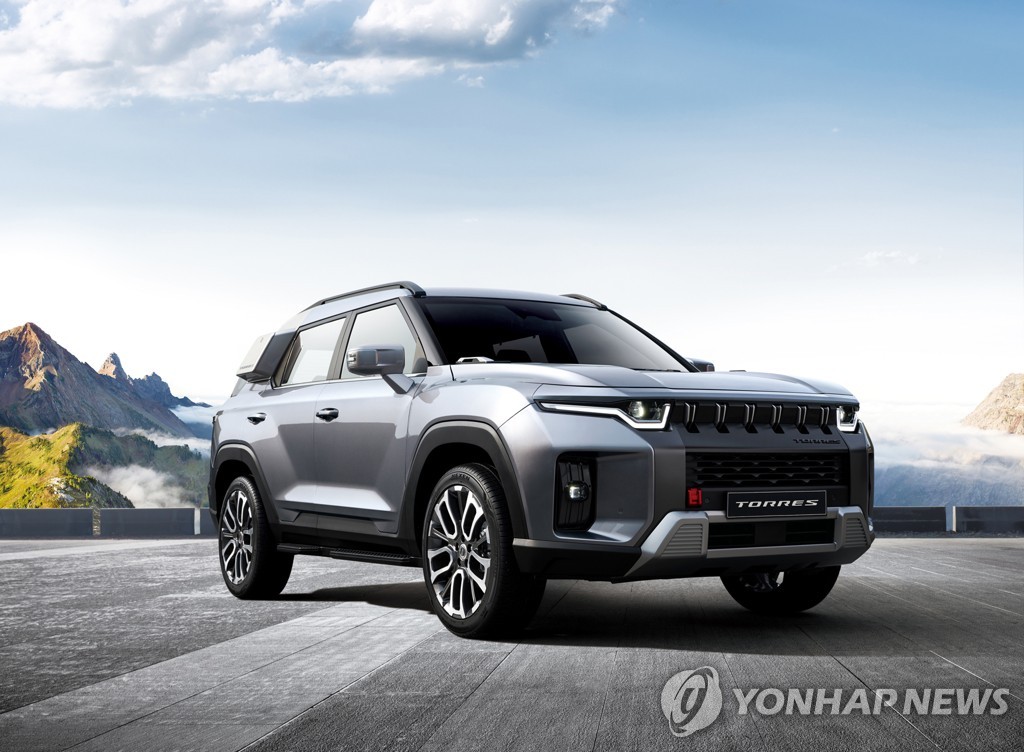