(ATTN; UPDATES with ruling in 8th para)
By Kim Han-joo

SEOUL, July 5 (Yonhap) -- A 26-year-old man responsible for once running one of the world's largest child sexual abuse websites was sentenced to two years in prison Tuesday for concealing criminal proceeds.

The Seoul Central District Court imprisoned Son Jong-woo, who had already completed an 18-month sentence for operating "Welcome to Video" and ordered him to pay 5 million won (US$3,850) in fines.

Son was released in July 2020 after serving the prison term for running the website on the dark web, which was inaccessible by regular web browsers. More than 250,000 videos of minors being sexually abused were uploaded and sold to over 1.28 million users.

Two months before Son's release, his father filed a criminal complaint, accusing the son of hiding criminal proceeds. The move was aimed at preventing the son from being extradited to the United States, as Son had been indicted by a federal grand jury in Columbia.

South Korea's justice ministry has since rejected a U.S. request for Son's extradition.

On Tuesday, the court found Son guilty of hiding about 400 million won that he had raised from selling child exploitation materials online by turning them into cryptocurrencies.

He was also convicted of using about 5.6 million won from the criminal proceeds for online gambling.

"The defendant made up his mind to conceal criminal proceeds from the moment he first began operating the child sexual exploitation website, and hid his proceeds through complicated transactions in a methodical and elaborate manner," the court said in a ruling.

Son was originally arrested back in March 2018, when the U.S. Department of Justice traced the exchange of cryptocurrency. Law enforcement from across the globe worked together to rescue at least 23 underage victims, and hundreds of people in a dozen countries were arrested for using the website. 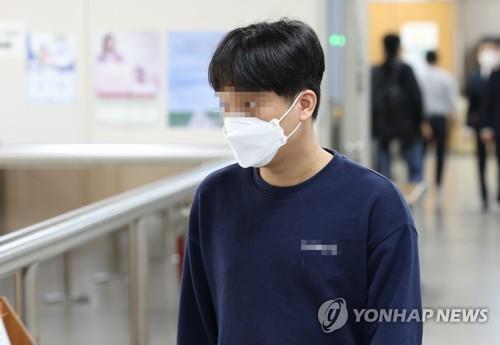