SEOUL, July 5 (Yonhap) -- "Squid Game" star Lee Jung-jae said Tuesday that his directorial debut "Hunt" is a mix of his decadeslong experience as an actor and his dream of making a new type of spy movie.

"Hunt" is a story about two rival intelligence agents in South Korea, Park Pyong-ho (Lee) and Lee Jung-do (Jung Woo-sung), who separately chase after a North Korean spy leaking top secret information that could jeopardize national security. The two end up discovering a plot to assassinate the South Korean president.

It premiered as part of the non-competition Midnight Screening section at this year's Cannes Film Festival held in May. And it is Lee's first film where he works behind the camera in his 30-year acting career, during which he has starred in about 40 films and TV series. He also wrote the script of his maiden film.

"Although I've been in this world for a long time, I thought writing and directing are different from acting. So I hesitated a lot," Lee said in a press conference. "But I decided to take charge of this project and dived into it."

For his directorial debut, he said he spent most of preproduction, which lasted for four years, in writing the script. He tried to build emotions of each character who confronts unknown and unseen spies, and combine them with his own style of suspense, thrill and action from the beginning.

"As many male actors do, I used to enjoy many espionage films. As a director, I wanted to create a new type of spy film with 'Hunt,'" said Lee, who rose to international fame with the global sensation "Squid Game." "Before going into an action sequence, I help actors build their emotions and get deeply immersed in the situation. I think this emotional building explains the violence and rage behind the action scenes." 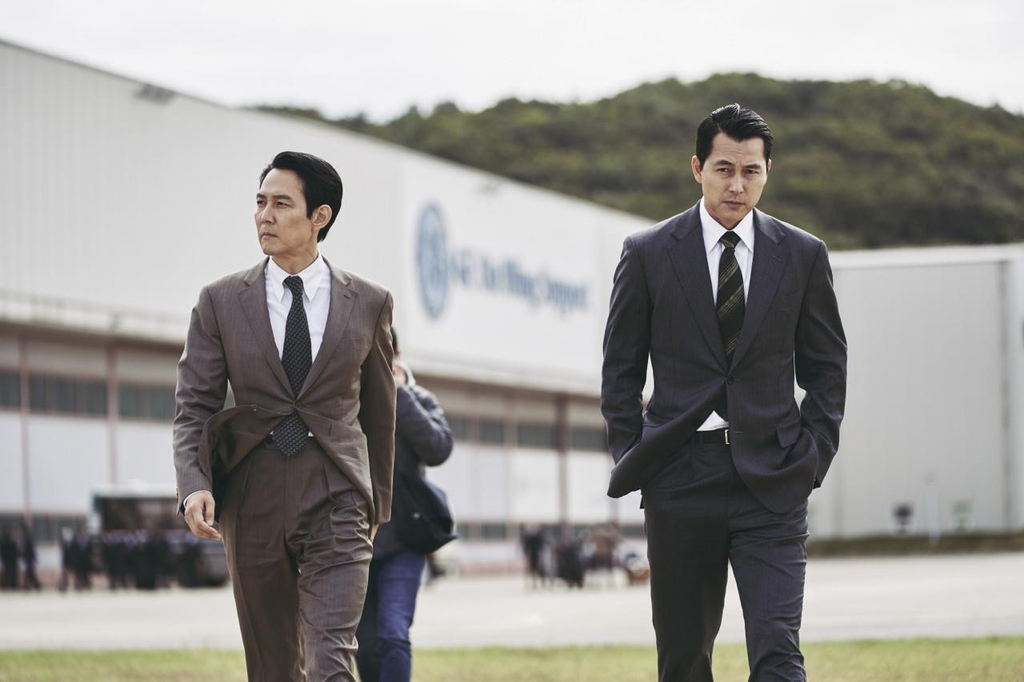 The 48-year old actor-director-writer admitted it was not easy for him to direct himself.

"I know I can't do both well. I kept that in mind from the beginning," he said. "So I tried to focus more on acting when actors stood out, while I concentrate on directing when directorial parts are more important."

"Hunt" is his first project following the global sensation "Squid Game," which brought him a number of major acting prizes in the United States, including best lead actor at the Screen Actors Guild Awards. 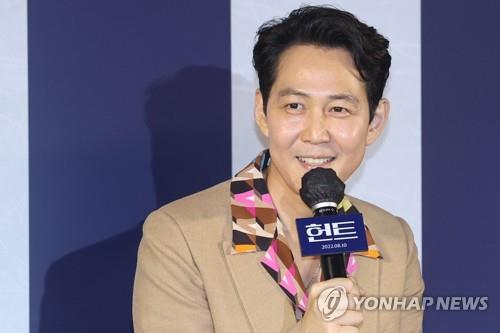 And it has also been in the media spotlight due to the reunion of the lead actors, Lee and Jung, from the 1999 drama film "City of the Rising Sun."

Actor Jung Woo-sung, who is well known as an old friend of Lee, said he accepted Lee's offer to star in his directorial debut because of Lee's passion in the project, not because of their decadeslong friendship.

"I tried to distance myself from his project and see it from an objective point of view," he said. "I thought he was ready to do it. I know how much effort he has put into it."